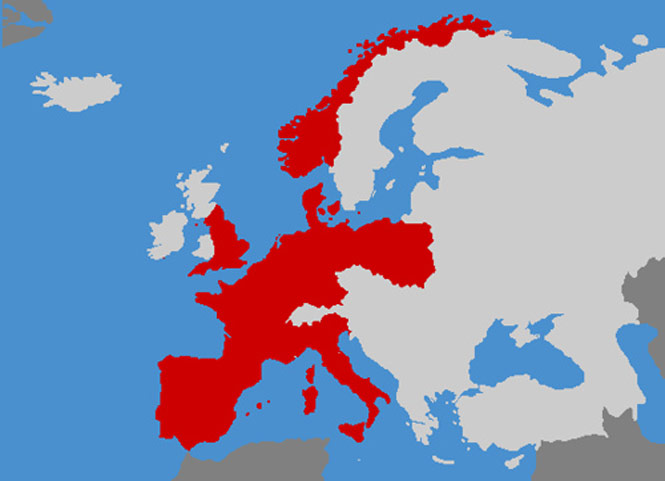 Early this year, Twitter created the capability to block tweets and users by country, while still allowing Twitter users — err, customers — in other countries to see them. Now the 140-character social network has done so for the very first time, as MarketingLand reported.

Twitter’s top lawyer confirmed it, by tweet, of course:

The enclosed letter gives you the information that the Ministry of the Interior of the State of Lower-Saxony in Germany has banned the organisation “Besseres Hannover.” It is disbanded, its assets are seized and all its accounts in social networks have to be closed immediately. The Public Prosecutor (State Attorney’s Office) has launched an investigation on suspicion of forming a criminal association.

It is the task of the Polizeidirektion Hannover (Hannover Police) to enforce the ban.

I ask you to close this account immediately and not to open any substitute accounts for the organisation “Besseres Hannover”.

The tweets and account are still available and visible from other countries … so the organization is now complaining, in English, about German censorship:

While people in Germany theoretically cannot see this account, country reality bubbles are easy to pop.

Anyone can, with a very limited amount of technical knowledge and software fiddling, appear to come from just about anywhere else. Firefox, for instance, offers Geolocater, which allows you to spoof sites’ geo-location routines with just a few clicks. Or you can use a proxy server, or pay for services like the wonderfully-named Hide My Ass private VPN.

Generally, people use these for connecting to country-specific video content. But they could also be used to circumvent Twitter and Google country blockages.

Which, when the content is allegedly neo-Nazi hatred, is not a great thing. But I guess the price of freedom is the risk that some will be assholes.