Twitter is rolling out a new way for content creators to monetize their videos and work across the platform. The company’s Amplify Publisher program now supports the inclusion of pre-roll ads to videos, while its Media Studio and Engage apps have received updates designed to make uploading, managing, and publishing media more efficient.

Originally geared toward publishers, the Amplify program allows premium quality videos to be uploaded to Twitter. Once video is uploaded, users need to check a box prior to tweeting, and a pre-roll ad will be inserted into the video. Twitter claims to provide opt-in controls, letting creators choose which videos will be impacted by this placement, tweet by tweet. Additionally, there’s a non-exclusivity clause, meaning that content shared on Twitter can also be monetized on other platforms.

For those distributing videos through Twitter, the company promises a revenue split of 70/30 in favor of the creator, a similar model to that offered to publishers. It’s not surprising that videos are a big part of any company’s social media strategy, and Twitter certainly doesn’t want to be left behind in the ongoing battle with its competitors. It’s already capitalizing on broadcasts of sporting and other events, but now it’s looking at getting individual creators involved in its marketing strategy. 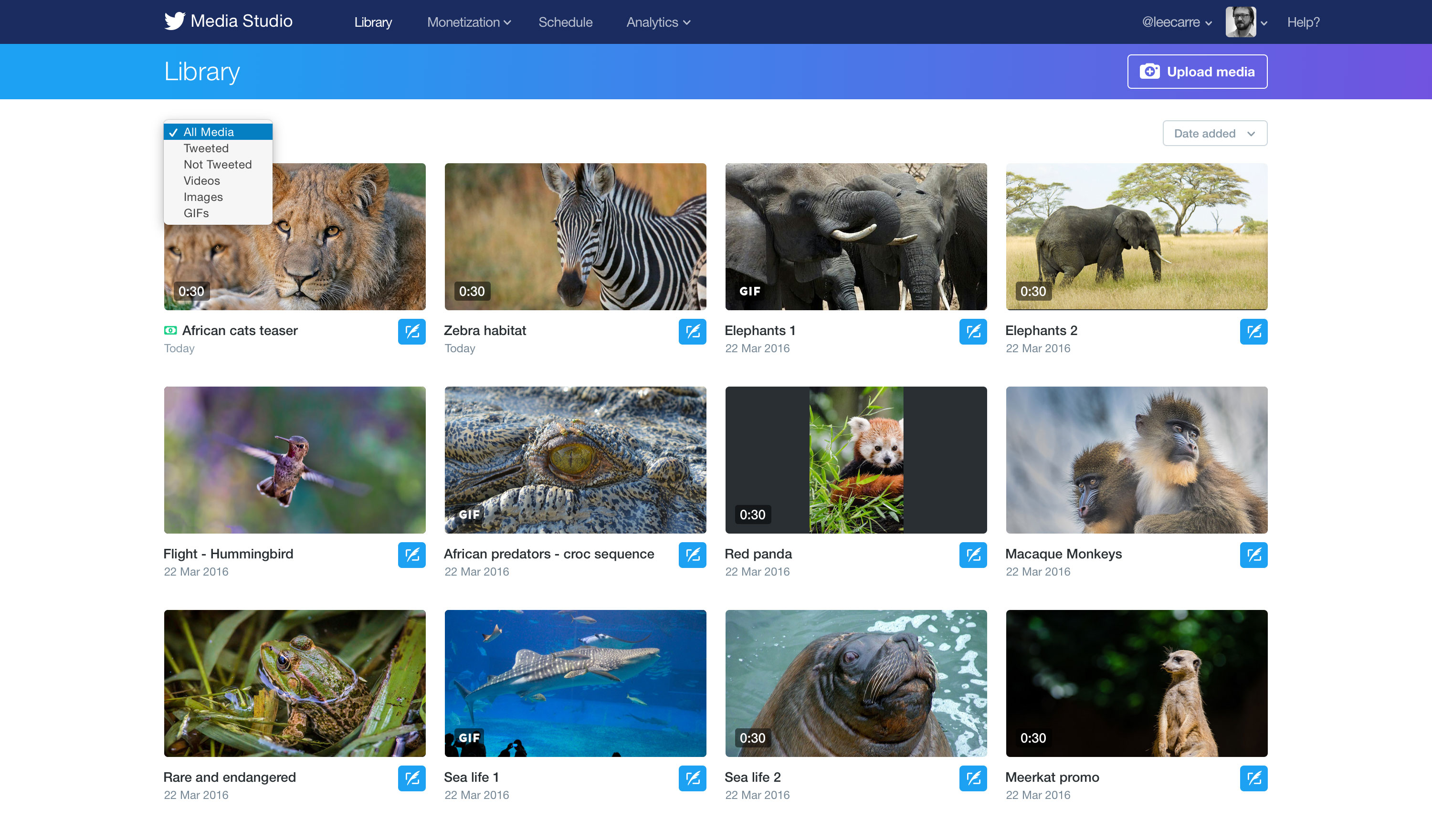 Advertisers have been chomping at the bit as they waited for a way to attach their ads to content aimed at a targeted audience. Of course, with a limited supply of created content, the cost per ad might be higher than if there were a steady stream from which to choose. It’s safe to imagine that creators who subscribe early to this program could win out.

With the launch of this effort, Twitter is really digging deep to tap the influence of creators, something that YouTube first did years ago. But even with Niche on its side, Twitter has an audience questioning what the company can offer it over Facebook, Snapchat, and YouTube. Since its acquisition in 2015, Niche now counts more than 35,000 creators worldwide, as well as top brands, all eager to produce branded content that they can monetize.

For Twitter chief executive Jack Dorsey, this community represents one of the five priorities he wants the company to address this year. Efforts — such as opening up Moments to more creators — are slowly being made in the hopes that this influential group can really showcase what Twitter is all about and drive old and new users to the service. 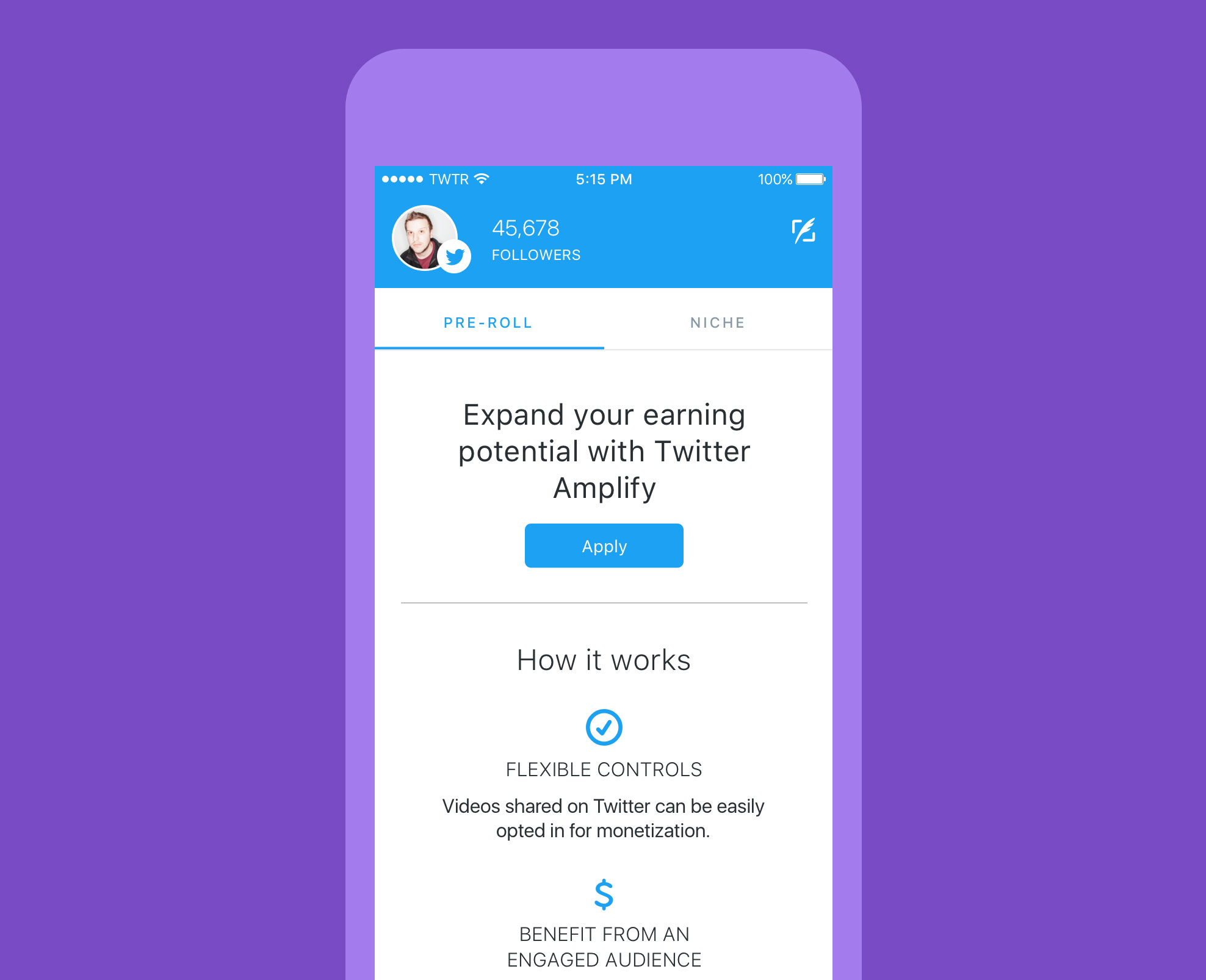 Above: Twitter added an earnings section to its Engage app.

To support creators, Twitter recently launched desktop and mobile apps that provide resources for publishing media and engaging with fans. On Twitter’s Engage and Media Studio tools, creators will find a unified media library that displays not only videos, but images and GIFs, as well as a way to schedule and plan tweets. It also offers collaboration features that support team workflows. And Twitter’s Engage app has a specific new section that lets creators track their earnings.

At the rate Twitter is going, it’s perhaps only a matter of time before we start to see this program not only opening up worldwide, but perhaps expanding to other video areas — as Vine and Periscope have done — so creators can start to monetize everything around live conversations.