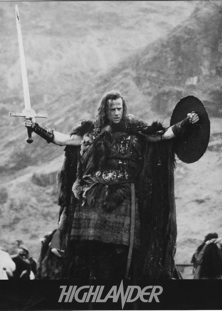 I awoke this morning with over 30 friend requests on FriendFeed sitting in my inbox. I’ve been using and raving about the aggregation/conversation site FriendFeed for about eight months now, but have not seen a rapid influx of users quite like we’re seeing today. Why is that?

It’s simple. Twitter, the micro-messaging service that has won the hearts of somewhere north of a million users (Twitter won’t give out actual usage numbers), is still not working properly. The ‘Replies’ tab, central to Twitter’s role as a communication tool, has been disabled for several days.

Because of this, just about everyone in the blogosphere is writing about the impending death of Twitter and the inevitable move to FriendFeed. In a case of life imitating art (or at least creative writing), a mass exodus from Twitter to FriendFeed has seemingly begun.

But let’s stop for a second. Take a deep breath. I know hyperbole is sexy, but Twitter is not dead yet.

The fact of the matter is that Twitter and FriendFeed are two entirely different services. Can you use the FriendFeed ‘Share Something’ link or its bookmarklet to emulate Twitter functionality? Sure, but the problem is that FriendFeed does so much else that I have a feeling using it as such would be a square peg, round hole situation for a lot of Twitter’s current users.

Even if you do consider Twitter and FriendFeed to be of the same ilk, the mentality that there can be only one of any type of service is perplexing to me. In the business world that is called a monopoly, and it’s looked down upon. Why should that mentality be any different in the world of Internet apps?

Competition is good. It drives services to improve and spurs innovation. Just because something new comes along and it’s great, that doesn’t automatically make another service that it’s kind of competing with necessarily crappy. Two things can be neat and useful at once.

In fact, it can still very much be argued that Twitter and FriendFeed have a symbiotic relationship. Among all my friends on FriendFeed, by far the number one service used to send information to FriendFriend is Twitter. It accounts for well over a quarter of the information I see in my stream. Likewise, the excellent reply-to-Twitter functionality in FriendFeed lets me send a message back to Twitter when replying to someone in a FriendFeed comment. I love this.

FriendFeed shouldn’t want to kill anyone, it thrives on other services. 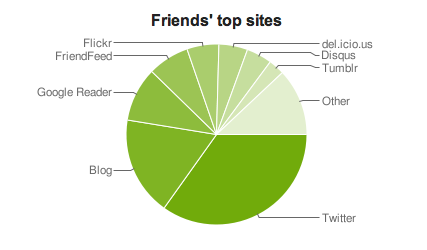 That’s not to say that Twitter can’t kill itself. It can if it continues to simply not work. The same would be true of any service. When a service doesn’t work, users can’t use it. If it has no users using it, it’s dead. It’s that simple. But we’re not there yet for Twitter, and despite my dozens of posts complaining about the site’s issues, I don’t think we’re going to get there. Twitter will turn things around.

FriendFeed is brilliant. I would say I use it more than any other site. Yes, even more than Twitter now. But I’m of the same mindset as Allen Stern of CenterNetworks: FriendFeed isn’t for everyone. At least not yet.

It’s getting closer with solutions such as “Rooms” (which I’m finding to be possibly the most useful feature of the entire site — more on that to follow in the weeks ahead) and “Show best of day/week/month,” but it has a ways to go. It’s still a young service and it looks to have big goals — goals much more expansive than Twitter.

Twitter, almost comically, has remained basically unchanged since day one. It even still has the “What are you doing?” question above the input box, even though many people do not use the service in that way anymore. You might think it would change that to be something more like the new service Plurk, which lets you set your verb depending on what you want to say, but it hasn’t. And it’s actually quite brilliant for that.

In a world of more, more, more, Twitter is all about the K-I-S-S, keep-it-simple-stupid — Patrick Ruffini calls this exactly right. Whether it’s doing that on purpose or because it doesn’t have the ability to add new features is another question, but the fact remains, it’s sublimely simple. That’s why eventually I think it will go mainstream.

So we’re seeing a large group of users hop on the FriendFeed train today, but you know what? A lot of Twitter users still have no idea what FriendFeed is and simply don’t care to leave a site where they already have established connections. You know what else? When Twitter is fixed, a lot of those users who switched to FriendFeed today will hop right back over to Twitter, with a lot of them keeping one foot on each — just like I’ll continue to do.

This isn’t like the movie Highlander. There can be more than one.