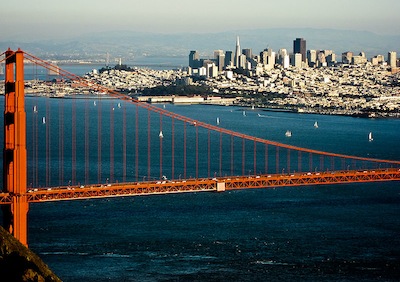 The news follows a period of political haggling, as well as rumors that the messaging service would be moving out of the city. Twitter had said it was impossible to justify the expense of remaining in San Francisco, especially under the existing tax structure. So the Board of Supervisors passed a measure that would cap Twitter’s taxes at their current level for the next six years — as well as any other company with more than $1 million in payroll that moves to San Francisco’s mid-Market neighborhood.

Once the tax break passed, Twitter’s decision seemed pretty certain, but the company made it official today, announcing in a blog post that it has signed a lease for its new office. Whatever you think of the tax break itself (which has been criticized as an inappropriate windfall for Twitter at a time when the city’s budget is struggling), Twitter’s decision to stay seems like a good thing for both San Francisco (which gets to show that it’s friendly to startups) and the company (whose location in San Francisco was almost certainly an asset in attracting talent).

We are proud that Twitter will be among the first companies moving into the Central Market area and will be playing a role in its renewal with the city and with other businesses, arts organizations, and the numerous community organizations that have been doing hard work in the neighborhood for many years.

San Francisco’s unique creativity and inventiveness is a part of Twitter’s DNA, and we feel like we are part of San Francisco. Three-quarters of our employees who live in San Francisco are involved in causes and charities in the city. Our employees are excited to be active members of our future neighborhood as volunteers, customers, diners and patrons of the arts.

The company doesn’t have a definitive timeline to move from its current office to the new mid-Market location, but it expects to make the move in mid-2012, Garrett says.