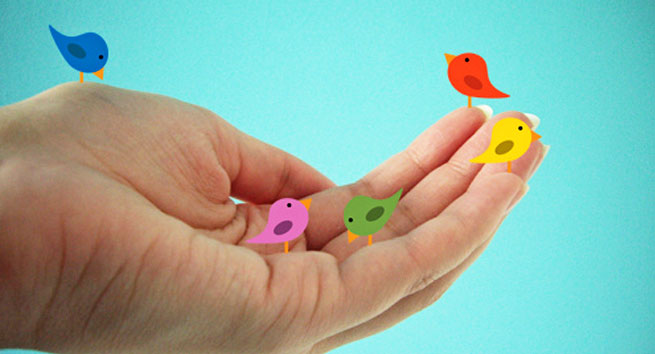 It’s the worst-kept secret on the Internet today, but Twitter has just announced some new search and discovery tools for its microblogging service (they hate it when we call it that).

On the company blog today, we read that Twitter is adding to its search tools a flurry of new features, including autocomplete, spelling correction, related items, real names and usernames, and results from people you follow.

“We’re constantly working to make Twitter search the simplest way to discover what’s happening in real time,” writes Twitter engineer Frost Li. “These updates make it even easier to immediately get closer to the things you care about.”

The crux of the matter is simple: Around half of Twitter users are using the service as a supersimplified RSS reader, not as a mechanism for broadcasting their own thoughts to an uncaring world. Since the company wants to grow — and wants to continue to grow more mainstream — it’s in its best interests to make Twitter the simplest, best RSS reader anyone could ask for. And today’s announcements about finding and following topics take the product a bit closer to that goal. 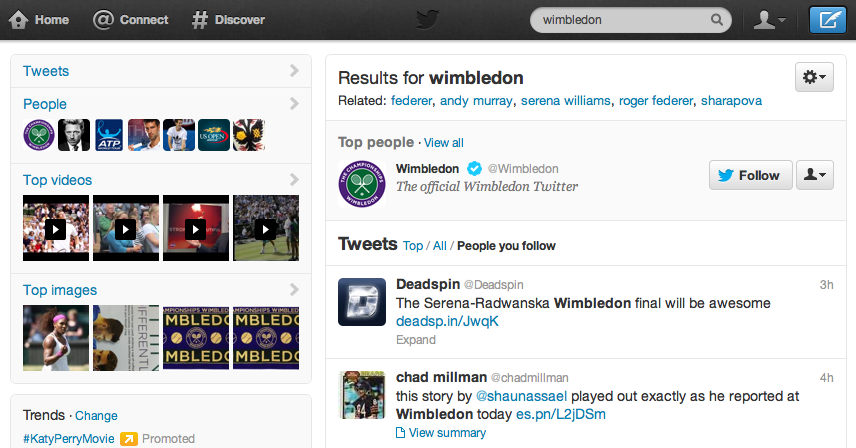 Here’s some more info on exactly what the new features bring: 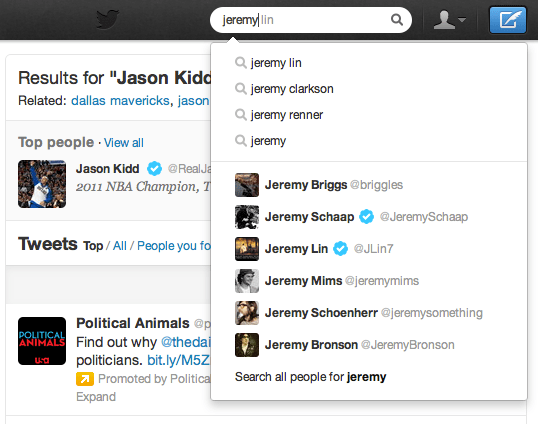 Search and discovery were among the many major feature overhauls we saw when the “new-new Twitter” launched just six months ago. At that time, the company was promoting its all-new Discover tab as a way to show users the most interesting, popular, and personally relevant stories on the site, based on each’s individual’s usage patterns and behavior.

We’ve known about today’s launch since last night, when Twitter engineering manager Pankaj Gupta tweeted a broad hint about the upgrade and announcement. We’ve been obsessively refreshing the Twitter blog ever since, which made for a sleepless night and a nervewracking morning for some of us in the VentureBeat newsroom.

Search and discovery are both a big part of Twitter’s plan to continue its growth and get normal people to understand and use the service. As of last fall, around half of Twitter’s users didn’t actually tweet. Rather, they used the service in the same way hardcore nerds would use an RSS reader.

For example, before last year’s redesign, folks around the world were hearing about the Middle Eastern and North African revolutions, especially about Twitter’s involvement in the uprisings. “But you had to know to go to Twitter and type in #Jan25,” said Twitter CEO Dick Costolo in a chat about Twitter’s old search tools. “We want to make that a lot easier.”

As Costolo put it in a recent interview, “We connect people everywhere to what’s meaningful. … We want Twitter to be the world in your pocket.” He also noted that the things that make Twitter “the world in your pocket” are unique to Twitter and that the team wanted to build better experiences around those unique aspects — hashtags, asymmetric social following, and so on.

“A year ago, when you signed up for Twitter, the first thing you’d see was the big ‘what’s happening’ box,” Costolo explained. “People didn’t know what to do next. They didn’t have any followers, and they weren’t following anyone. Nothing happened. Now, we get new users to think first about following their interests. Get a timeline and start engaging that way.”

Discovery and search are now supposed to be two of the key ways new users are brought into the Twitter user experience. We’ll see how the real world reacts to today’s changes and, more importantly, what the changes do for the microblogging service’s signup and engagement metrics.