Twitter is updating its top search results so that tweets will be ranked based on relevance instead of by time, bringing those search results in line with what users have experienced on their timeline for the past 10 months. Based on early trials, the company claims there has been more engagement in search results and tweets, with more time spent using the service.

In a blog post, senior software engineer for search quality Lisa Huang explained that while search results previously had been presented in reverse chronological order, “the most recent results may not be what the searchers are looking for.” She added that users “could be searching for popular tweets to engage with or to better understand context around the search query, and the most recent tweets are not necessarily best suited for that.”

But how does Twitter know what’s relevant to its users? Huang wrote that a big part of this data comes from the user’s behavior on the service, which goes into training the machine learning model. It would seem that the same type of programming the company uses on its main timeline is likely also going to be implemented with search results. There will be some variation, as it’s pulling the entire twitter database, not just the people you follow, and so has to parse more data.

Here’s an example of the search results before the change and after: 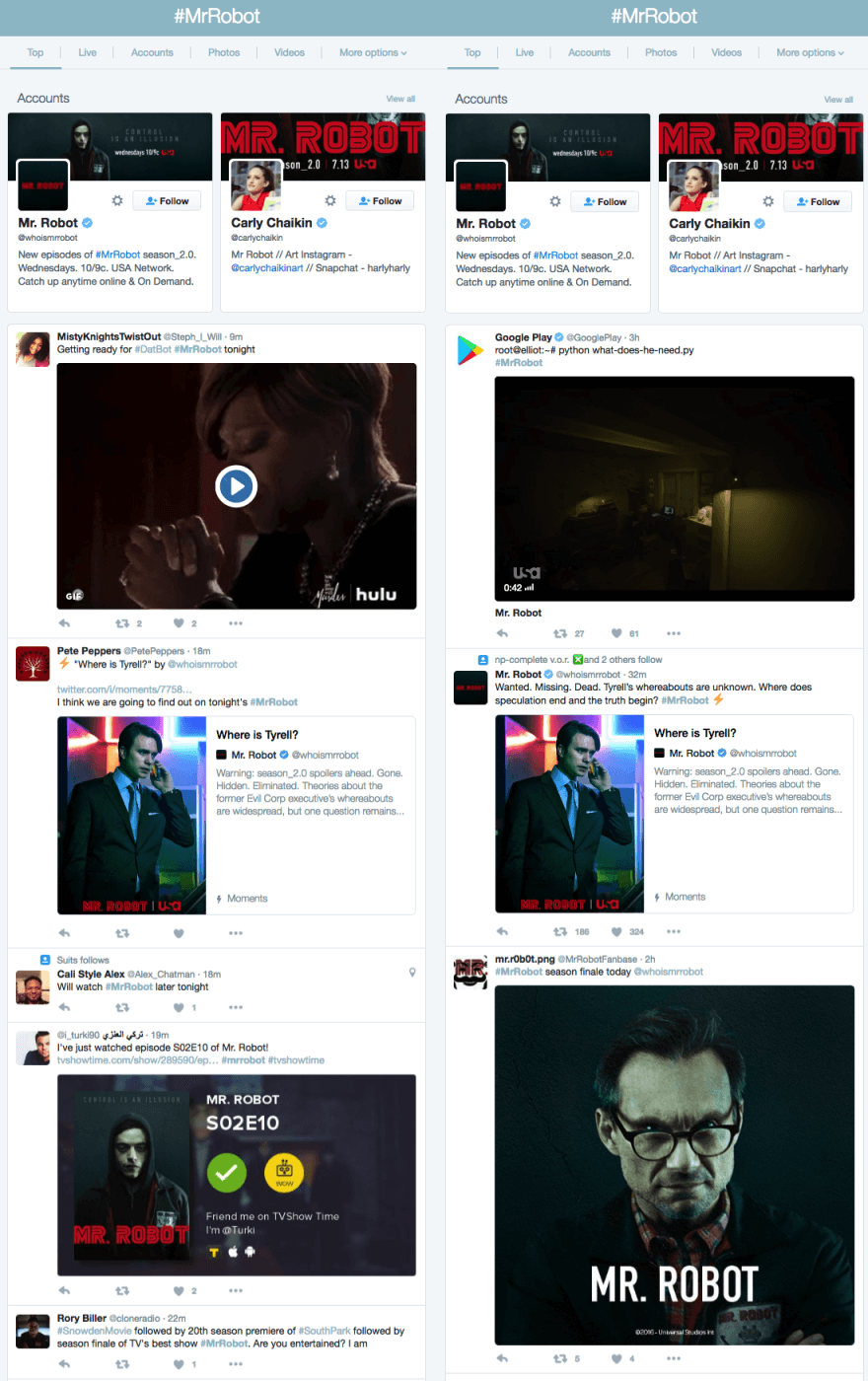 Above: Search results on Twitter before (left) and after (right) the change to have tweets ranked algorithmically and by relevance.

In February, Twitter announced that it was shaking up the user timeline for everyone. Previously, it had offered the algorithmic change as an opt-in program, but it became mandatory a month later. The effort was intended to make the service more appealing to new and casual users, so that they can see interesting tweets instead of things that are just whizzing by. And now this same feature is coming to search results.

Prior to today, Twitter’s search was broken into various categories, such as most popular or the latest (a live stream), and segmented by people, photos, videos, and more. Now it appears that there’s one more signal being used to algorithmically control how at least the top tweets are shown to you.

Updated as of 2:11 p.m. Pacific on Wednesday: Amended post based on Twitter update to specify that these changes impact the top tweets section of searches.