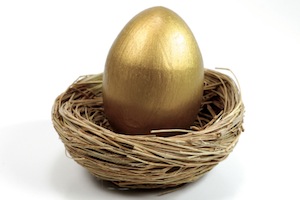 Twitter is in “advanced talks” to acquire TweetDeck for $50 million, according to a report in The Wall Street Journal that cites “people familiar with the matter.”

The news may sound a bit familiar or confusing, since TechCrunch and others reported in February that UberMedia was finalizing a deal to acquire TweetDeck for $30 million, presumably as part of its strategy to roll up various Twitter apps. As recently as last week, CNN mentioned the deal in a larger report about UberMedia’s strategy to build a messaging service that actually competes with Twitter.

I can’t be sure, of course, but I suspect both of these stories are true — the UberMedia deal was confirmed in multiple publications, and the Journal doesn’t normally run stories like this without reliable sourcing. So either TweetDeck’s discussions with UberMedia fell through, or Twitter made a competing offer and the two companies are now in a bidding war. Twitter is the more likely winner here. Its reported offer is substantially larger than UberMedia’s, and even if the smaller company counters, TweetDeck’s future seems more promising as part of the larger platform. That’s especially true after Twitter temporarily blocked several UberMedia apps.

The deal makes a lot of sense for Twitter, too, since the company has said it wants to provide the apps that consumers use to access the service, rather than relying on external developers. And even though it’s hard to imagine Twitter being too frightened of a new competitor, a TweetDeck acquisition might hurt UberMedia’s efforts.