Twitter hacking may be the new phone phreaking, but with a parcel of new updates, Twitter’s making it easier to keep control of your account — and ensure no unauthorized people tweet in your name.

Today, the social network added in-app push messaging approvals for login verification. Previously, users needed to provide a phone number to enable two-factor authentication via SMS, which didn’t work for everyone in all countries, and didn’t work at all for those using non-phone mobile devices, such as the iPod Touch.

“Now, all you need is an Internet connection and one of our supported apps to enroll in login verification,” Twitter posted today. 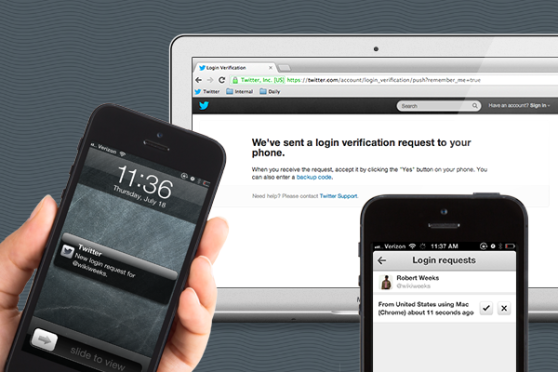 In addition, when a login request is made from an unknown source, Twitter will notify you with details about the browser being used, and its approximate global location. If you’re receiving requests from halfway around the world, Twitter says, you’re likely being phished.

Now, auto-updating search suggestions that appear as you type in a query will show social context — how you’re related to users. Searches also will have a new photo gallery, so that when photos are returned in search results, you can view more photos and instantly see a photo gallery of all related images.

The same photo gallery will now also show up on user profiles, Twitter said, which will allow you to see all of a person’s Twitter photos in one fell swoop. 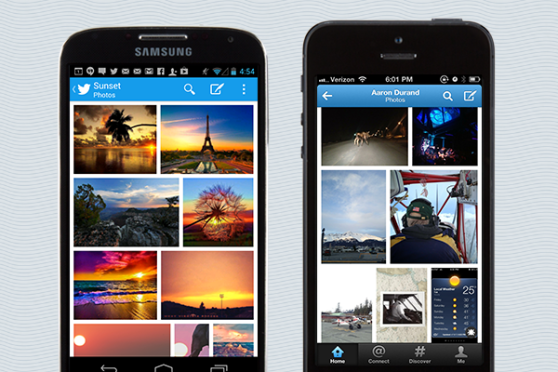 Another interesting tidbit for those who still use Twitter lists, a seemingly deprecated feature due to its lack of prominence in Twitter’s user interface? You can now create, edit, and organize Twitter lists in-app.

The updates are available immediately for both Android and iOS.