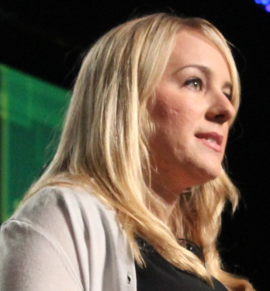 Twitter today unveiled a web analytics service that keeps track of how much traffic Twitter is delivering to a site.

The service also shows how many page views a website generates for each Tweet. That includes re-Tweets and replies on the site. The service also keeps track of where the Tweets came from — whether they were custom-made or published through the Tweet button that sites embed on their pages. Twitter’s web analytics also has a leaderboard, where the most tweeted links show up at the top of the list.

It’s a lightweight analytics service that isn’t designed to compete with more in-depth analytics delivered by companies like Google, Twitter director of web business development April Underwood (pictured right) said. But the company has been toying with ways to make it easier for sites to keep track of traffic coming from Twitter.

Part of that effort was creating the “t.co” wrapper for each Tweet, which shows up as a source in traffic analytics programs. Around 95 percent of all tweets show up as links from “t.co” in analytics services, she said. But Twitter was not satisfied with that and wanted to develop more in-depth analytics.

“We know our partners use third-party analytics tools that go way beyond what we’re offering today,” Underwood said. “So we’re going to release an application programming interface (API) that will make their dashboards stronger.”

The product is still in private beta, but it should come out in the next several weeks. 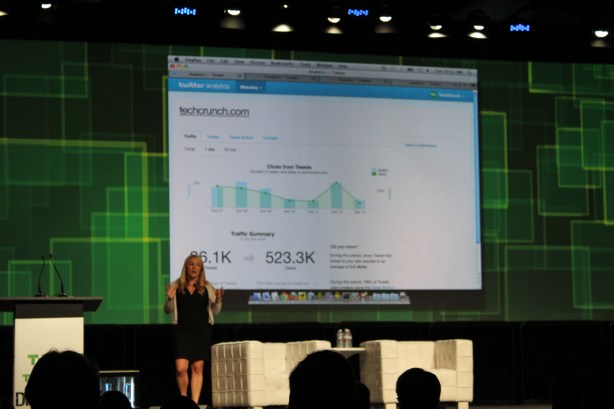