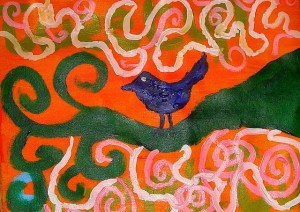 Twitter is becoming quite the tightrope artist with new technology that will help it better walk the thin line between supporting free speech and honoring takedown requests.

The information network has developed a system for withholding tweets from the streams of users in select countries, as opposed to deleting them altogether.

Twitter will now partially remove some tweets at the behest of governmental authorities in countries where individuals are not permitted to speak freely on all subject matters, the company said Thursday.

“Starting today, we give ourselves the ability to reactively withhold content from users in a specific country — while keeping it available in the rest of the world,” the company announced in a blog post.

The technology and ideology are meant to help Twitter navigate the complex waters of global expansion, the company explained. “We will enter countries that have different ideas about the contours of freedom of expression,” Twitter said, citing France and Germany as examples of countries that ban specific types of content (pro-Nazi content in this case).

The weighty decision, however, in no way reflects a desire to broadly censor content at whim or a change in company policy, a Twitter spokesperson explained to VentureBeat. In fact, Twitter seems keen on keeping its most controversial tweets visible to as many people as possible.

“What’s new today is that we now have the ability, when we have to withhold a Tweet in a specific country, to keep that Tweet visible for the rest of the world,” the spokesperson said. “The key is that this is reactive only. It’s on a case-by-case basis, in response to a valid request from an authorized entity. And just to be clear, this is not a change in philosophy and there are still countries to which we will not go.”

Should you believe the company’s assertions (and we do), you can boil it all down to this: Twitter has craftily granted itself the ability to honor the requests it has to in order to remain operable in some countries and yet still simultaneously uphold its commitment to freedom of expression.

Twitter has also made a promise to be more forthcoming with members about any tweets it decides to withhold from them. The company has decided to make public a page with a record of cease and desist orders, and will attempt to let a user know when his or her tweet is withheld.