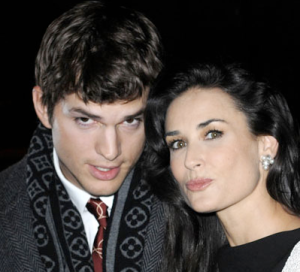 Over the past few months there’s been a bit of a stink over Twitter’s “Suggested Users” list. That was probably to be expected because it’s helping people on that list gain massive amounts of followers, while everyone else has to gain them the old-fashioned way: Good old self-promotion.

But there were allegations people on the list were paying Twitter for the privilege — unfounded allegations that were pretty ridiculous. And more recently people started talking about pay-to-be-featured being a business model. So Twitter felt the need to clarify exactly how the list works.

Twitter co-founder Biz Stone at first compares it to a “staff’s pick” group at a local bookstore but then reveals it’s quite a bit more complicated than that. The Suggested User list is first populated by an algorithm concocted by Twitter’s chief scientist. From there, Stone himself and some members of Twitter’s product team take a look at the list and filter anyone out who shouldn’t be on it. Then the list goes through a final “gut check,” to make sure all the people on the list are really worthy, before it gets sent out into the wild.

So what exactly must a Twitter user do to be picked up by the algorithm? Well, Stone mentions several things — such as completely filling out your user profile, and some vague talk about your tweets being a good introduction for new users — but really, it seems to come down to your widespread appeal. To me, that means how likely new users to Twitter are to know who you are, and as such, follow you. So yes, it helps to be famous.

Not that there’s anything wrong with that. Twitter’s intentions are good here. The service is simply not useful if you don’t follow anyone, and new users are probably much more likely follow a celebrity or well-known person at first.

Stone leaves open the possibility that the list could change in the future, or disappear altogether if it’s no longer needed. What Twitter really needs, though, is something like what Facebook has — a side column that suggests people you may know based on your social graph. It sort of has this based on email, but that doesn’t work all that well.

Of course, Twitter is a much more minimal product than Facebook, so it’s hard to draw conclusions from its social graph. But maybe Facebook Connect can help with that — that is, if Twitter and Facebook can recognize they aren’t actually at war with one another.

But as in “real” life, being famous on Twitter is a dual-edged sword. Just ask musician John Mayer, who apparently got dumped by girlfriend Jennifer Aniston because of his Twitter usage.

We’re not on the suggested user list, so you can find me on Twitter here along with fellow VentureBeatniks Eric Eldon, Dean Takahashi, Anthony Ha, Camille Ricketts, Dan Kaplan and Matt Marshall. We have a VentureBeat account (for our posts) as well.