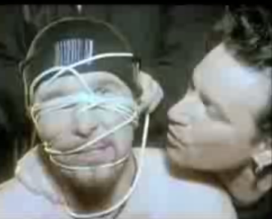 One of the biggest bands in the world, U2, has a new album due out next month, No Line On The Horizon. Of course if you’re familiar with the file sharing service BitTorrent, it’s out right now.

Yes, the album leaked onto the web despite a ridiculous amount of security that included no review copies going out to the press. But here’s the best part: It may have leaked because someone apparently forgot to tell the album’s distributor in Australia, Universal Music, that it wasn’t supposed to go on sale for another few weeks, the Sydney Morning Herald reports.

Universal apparently put the album up for sale on its online site getmusic.com.au, for a few hours earlier this week. Screen captures confirm that users were able to buy and download the album. While it’s not known for sure if the version circulating on BitTorrent is the version that went out early, I know that’s the first place I would look when playing the blame game.

While it may be an embarrassing situation for the band, since it tried so hard to keep the album from getting out early, TechDirt’s Mike Masnick has the real key point:

At some point, folks in the music industry are going to (finally) recognize a rather simple fact: It just takes one digital copy of a song/movie/whatever to get out there, and it’s everywhere. You can’t stop it. No matter how annoying it is. No matter what laws it violates. It will happen.

That’s the reality in today’s world. And all the time and money spent on precautions is more than likely going to go to waste. That money could be better spent coming up with new ideas for ways to spread digital art while making sure the artists are compensated. I outlined a few such ideas, some grounded, some wacky last year.

I won’t be partaking in the free downloading of the new U2 album because I already pre-ordered it through iTunes when it went up for pre-sale a month ago. They had me at DRM-free — I have no problem paying for that.