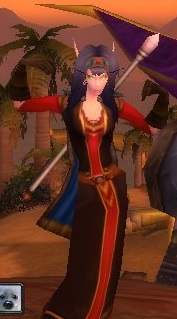 Dressing up as a person of the opposite sex and casting magic spells in a fantasy world has become a popular American pastime. U.S. online video game subscriptions are generating $1 billion a year in subscription revenue, according to market researcher NPD Group.

Those numbers include revenue from massively multiplayer online games (virtual worlds such as World of Warcraft), casual games such as card games on Pogo.com, and online games on consoles such as the Sony PlayStation Network and Microsoft’s Xbox Live online gaming services.

The numbers are important because sales of retail PC games have been declining or have been flat, prompting many to conclude that consumers are turning to console video games such as Wii Sports on the Nintendo Wii. But the subscription data, which NPD only began collecting in October, shows that PC games are still a vibrant market, said Anita Frazier, an analyst at NPD.

On a monthly basis, more than 11 million gamers are subscribing to online games in the U.S. Console subscription revenues grew 9 percent from the fourth quarter of 2007 to the first quarter of 2008.

The top five games in the first quarter of 2008 were “World of Warcraft,” “RuneScape,” “Lord of the Rings Online,” “Final Fantasy XI,” and “City of Heroes.” The top casual sites in subscribers were Electronic Arts’ Pogo.com, Real Networks’ RealArcade.com, Bigfishgames.com, Gametap.com, and Disney.com.

And yes, this commercial message has been brought to you by sponsors Microsoft and Intel. Just kidding.