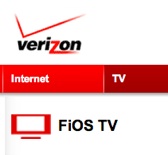 Verizon has filed a request with the FCC asking for the right to cancel existing cable television service on a customer’s behalf. Such a move could change the landscape, allowing for new television providers, such as Verizon with its FiOS (Fiber Optic Service) network, to get a foot in the door.

Current regulations stipulate that the customer must be the one to terminate their service. Verizon argues that the removal of this requirement would create a more competitive landscape.

Though Verizon is often associated with its phone networks, the company has been busy building up and promoting its advanced FiOS infrastructure. This high bandwidth service provides one of the most advanced packages of high definition television, high-speed Internet and phone service for customers in areas where it is available. For example, FiOS Internet download speeds currently max out at 50 megabits per second, compare that to traditional cable company speeds which are often 1/10th of that or less.

By removing the additional step of a customer having to call to cancel their current cable service, Verizon clearly believes people will flock to its superior service. In its news release, the company states:

“Cable incumbents do not accept disconnect orders from the new provider; instead, they require the customer to contact them directly to cancel service after choosing a new video provider and to return equipment.

“Complicates” seems a bit strong of a word. It isn’t exactly complicated to call a company and cancel a service. It can be a cumbersome step however depending on call holding time.

Verizon hopes the FCC will create a television provider landscape similar to the one that currently exists for phone networks — which, of course, Verizon knows well. If you want to switch phone providers in the United States you do not need to call your old one to let them know of the switch, your new company will do that for you.

Verizon may have learned first hand just how effective petitioning the FCC can be thanks to Google using it against them to make sure the 700 Mhz spectrum auction produced an open spectrum (our coverage). The company also made sure to cite numerous times the buzz word the FCC loves so much: Competition.