First, it was the lifestyle apps. Then, it was the media apps. Now, video apps are reporting huge growth numbers from launching Timeline-friendly features for Facebook.

Today, Facebook issued some interesting stats from a slew of video companies, including heavy hitters such as Vevo and Viddy.

These apps are using Actions, a new way for apps to show up on your Timeline. Actions turn structured data into a visually interesting and engaging experience for normal users, and these numbers show how well they work for video sites in particular.

Vevo only started integrating with Facebook recently, but it’s already seeing a 200 percent uptick in daily registrations. Also, Vevo stated that the majority of its traffic — 60 percent — comes via Timeline posts on Facebook.

Izlesene is a Turkey-based video site. Facebook reported this company has seen its MAUs skyrocket from 250,000 to a whopping 6.5 million since last September. Finally, French startup Dailymotion reported 9 million new users for the Dailymotion Timeline app over the past two months, bringing in a total of 6 million site visitors each day.

These kinds of growth numbers are pretty typical for most of the larger apps we’ve seen that have reported post-Timeline-app growth stats. For example, back in February, Pinterest, Fab, and a slew of other lifestyle apps said their numbers were skyrocketing directly due to Actions’ implementation on users’ Timelines. During the same month, we heard similar stories from media outlets such as MTV News and the Daily Show.

We even had some one-on-one time with Goodreads founder Otis Chandler to talk about “the Facebook bump” — for Goodreads, this meant nearly 6.5 million actions published to Facebook over a two-month period. “We hoped for it, but we didn’t know it would be to this extent,” said Chandler, echoing the similar sentiments of many founders in his position.

However, we should note that this kind of engagement is typical only for apps using Actions to publish stories to users’ Timelines. Brands that have enabled Timeline for their own Pages have not seen significant increases in engagement, as several third-party researchers have stated and as Facebook confirmed via email to VentureBeat this afternoon.

For Timeline apps, however, bringing social context to social products is key. “The social context should continue throughout the user’s experience,” Facebooker Alex Himel wrote on the Facebook developer blog today. “For example, VEVO shows a facepile on the left side of the website that the user sees from the start and surfaces social features with each video.” 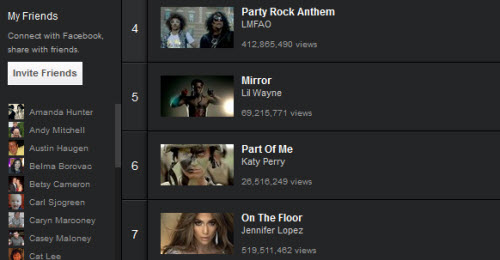