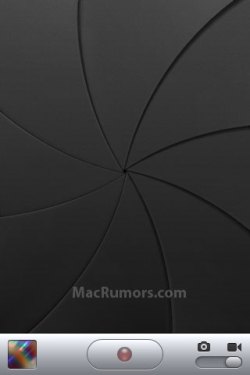 One of the hot rumors about the next version of the iPhone is that it will feature video capturing capabilities. Some new features today found buried within the iPhone 3.0 software seem to confirm this once and for all.

MacRumors was able to grab a screenshot of what looks to be the interface Apple will use for capturing video on the device. It looks a lot like the regular camera application but has a switch to move over to video mode. Meanwhile, Boy Genius Report was able to get another screenshot of a “Videos” area of the iPhone, presumably where you can play back any videos you take.

One question I have is, since these are present in the iPhone 3.0 software itself, is it possible that Apple can turn on video capturing for older model iPhones as well? Given that startups like Qik and others have built applications (not currently allowed in the App Store) that trick the current iPhone’s camera into capturing video, we know that it’s capable of doing such a task.

But the next version of the iPhone is expected to have a nicer camera and will undoubtedly have an optimized hardware/software system to encode video. So Apple could very well limit (legal) video functionality to the new device. Also, that would give current iPhone owners an incentive to upgrade.

Auto-focus, voice control and a digital compass are a few other features MacRumors was able to dig up in iPhone 3.0. Regarding voice control, BGR is speculating that voice dialing could finally be included as well.

Evidence continues to mount that a new iPhone will launch sometime this summer (which is also when the iPhone 3.0 software is due). That could come as soon as Apple’s WWDC, which is slated for early June.