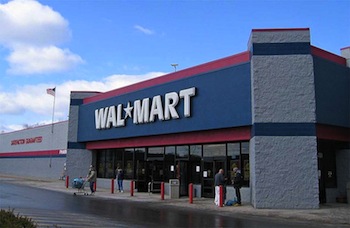 It looks like Wal-Mart is making a serious investment in social shopping.

Kosmix, a startup that has developed semantic technology that it uses in a number of online services, announced today that it has been acquired by Wal-Mart. Now, AllThingsDigital reports that the acquisition price was more than $300 million.

When I emailed co-founder Anand Rajaraman to confirm the price, he declined to comment. If that’s the real amount, it would be an impressive outcome for the Mountain, Calif., startup. The company was well-funded, having raised $55 million from Time Warner Investments, Accel Partners, Lightspeed Venture Partners, DAG Ventures, and others, yet it still seemed to be failing a bit to turn its technology into a business.

Kosmix’s first big success was with medical site RightHealth. However, sites focused on other areas didn’t take off in the same way, and the company put its efforts into building a single destination site, where its technology built informational pages around any topic. More recently, the company launched TweetBeat, a site for tracking news and topics on Twitter.

So what is Wal-Mart actually paying for? TweetBeat? RightHealth? In the announcement blog post, Rajaraman says it’s the “social genome” technology underlying the company’s products:

Conversations in social media revolve around “social elements” such as people, places, topics, products, and events. For example, when I tweet “Loved Angelina Jolie in Salt,” the tweet connects me (a user) to Angelia Jolie (an actress) and SALT (a movie). By analyzing the huge volume of data produced every day on social media, the Social Genome builds rich profiles of users, topics, products, places, and events.

Wal-Mart wants to bring this technology to shoppers, offering them “integrated experiences that leverage the store, the web, and mobile, with social identity being the glue that binds the experience,” Rajaraman says.