Bing’s Twitter search just went live this morning. Here’s a side-by-side comparison against some of the more prominent start-ups in the real-time space.

A few notes – Bing’s results seem about two to six minutes behind other search engines. Like Tweetmeme and OneRiot, they put a bit more emphasis on the content being shared rather than the tweets themselves.

1) Trending Topics — Most major Twitter search engines incorporate “trending topics,” showing the top ten new things people are talking about. Computationally, it usually involves comparing the word composition of tweets from the previous hour to the current hour and then pulling out what terms have changed or risen in volume. Bing shows trends in a tag cloud and makes Michael Jackson a trending topic. It also pulls out Magic Mouse, which was big news yesterday. 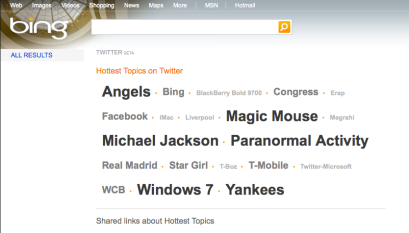 Here’s Brizzly for comparison, which shows trending topics in a list. What’s nice about the client is that its users can contribute explanations for why these topics are trending in a wiki-style format. CEO Jason Shellen says Brizzly users are usually pretty vigilant and fix incorrect explanations quickly (similar to how Wikipedia can be corrected rapidly after vandalism.) 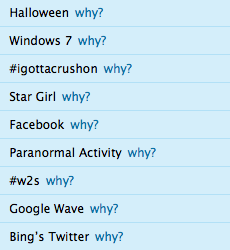 2) The results: Let’s do Bing on Bing — you get tweets (which are a few minutes behind Twitter’s search results) on top. Then Bing scrapes out the links, showing the content that’s been most widely shared on Twitter’s network. Another nice plus is in the content links, where Bing shows reactions and thoughts through tweets about the content. It might be more helpful if Bing had a two-column result page, with content in the center and a live stream of relevant tweets in a right-hand bar. 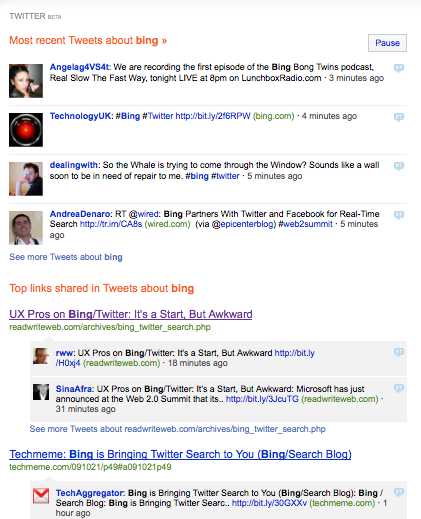 Here’s OneRiot for comparison. They put a lot more emphasis on the content, showing the actual link front and center. Then they show who originated the link and then you can click through to get reactions. 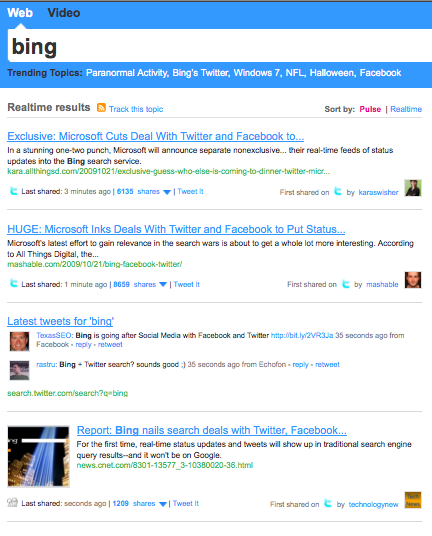 Here’s Tweetmeme. Again, they put a big emphasis on the content contained in a tweet. Their user interface also focuses more on how many times a particular link has been shared through Twitter. 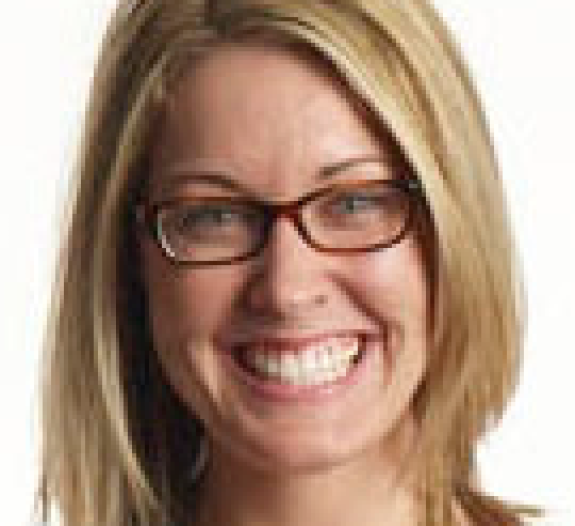 Last but not least here’s Twitter. There’s no fuss or frills here. Twitter’s search team is still pretty small and the company’s tried to stay laser-focused on simply making sure the system doesn’t fall apart instead of adding new features. The results are just ordered by time published. 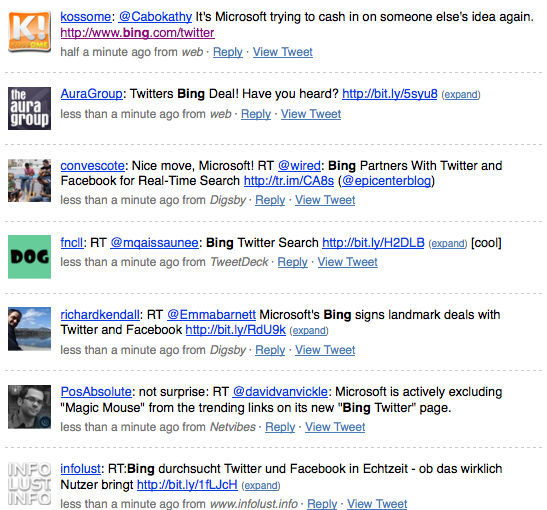