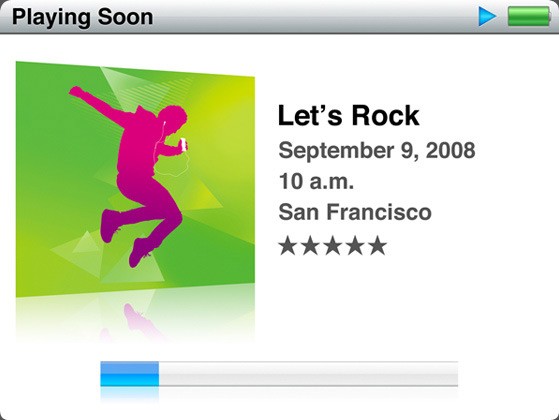 Apple is holding an event on Tuesday, Sept. 9, to show off some new products. You may ask, what new products?

The invite itself (above) simply reads “Let’s Rock” while giving the date (September 9), time (10am PST) and place (San Francisco). But it also features one of Apple’s signature silhouetted people that are included in its iPod advertisements. This almost certainly means new iPods are coming.

New iPods, while nice, aren’t particularly that exciting any more. But this event is going to a “big deal,” one East Coast journalist who wouldn’t be named told Wired’s Mac-focused blog Cult of Mac.

Big deal huh? So what could we see? The clues are out there, as are some guesses. 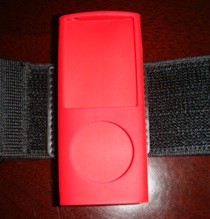 The iPod nano is the most likely candidate for an update. Recent pictures of new iPod nano cases (right) floating around the Internet indicate that Digg founder Kevin Rose may have been exactly right when he spoke about a new elongated iPod nano coming soon. He even nailed the September 9 date. (It almost makes up for just how wrong he’s been about iPhone rumors — almost.)

Rumors are also circulating, both from Rose and others, that the iPod touch will get a lesser revamp. This seems pretty likely as well given that it’s been almost exactly one year since the device’s launch, and we all know how much Apple likes to update its products. The fact that the iPhone is now $199 (after AT&T subsidy) means that it’s $100 cheaper than the cheapest iPod Touch. Apple needs to fix that.

I would not at all be surprised to see the 8 gigabyte iPod touch dropped to $99. That may seem like a huge cut, but 8 GB really isn’t that impressive these days. Or we may see 8 GB phased out entirely and the 16 GB go down to $199 — the same price as the 8 GB iPhone 3G.

In fact, the prices for the entire iPod line are subject to change now that the iPhone is so cheap. I would expect the nanos to go down to at least $100 (the current cheapest one is $150), but might we see one for as low as $50? Where would that leave the shuffle?

With the new long nano, the shuffle may be even more attractive as the ultra-portable music player. Maybe Apple could shave the price down to something like $35, or just up the storage.

Rose also said iTunes 8 would be coming. It’s been about two years since iTunes 7 launched, so the timing is right for the next iteration. But something has to be included to warrant the new version number. A revamped music recommendation system is what Rose was told would be included.

We should also expect to learn more about the “interactive album” features that Apple will first launch on iTunes with the band Snow Patrol for their upcoming album. These types of albums will enable fans to get special artwork, lyrics, images and other goodies.

Could we also see a new pricing structure and/or subscription service for iTunes — the so-called “iTunes Unlimited?” It’s not very likely, but it would be one hell of a trick for Apple pull out of its sleeve as a major new digital music competitor, MySpace Music, gets ready to launch. 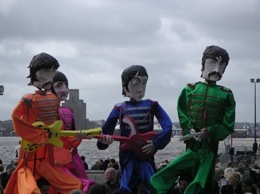 What would any music-centric Apple event be without rumor that The Beatles are coming to iTunes? At one point, it seemed likely to happen this year and we’re quickly running out of months in this year. Could it finally be the end of the long and winding road?

“It’s down to fine-tuning, but I’m pretty sure it’ll be happening next year, 2008,” former Beatle Paul McCartney told Billboard back in November 2007.