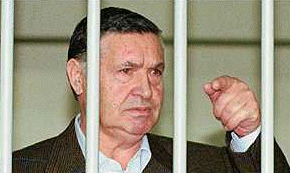 An intellectual property court battle around popular mobster-themed Facebook game Mob Wars has been resolved. Coincidentally, real-life mobster Salvatore Riina has recently been gaining thousands of users on Facebook fan pages — and provoking protests in his home country of Italy.

Riina’s life story helped inspire the seminal mobster book-turned-movie “The Godfather,” no doubt itself an inspiration for Mob Wars.

The Social Gaming Network, a leading developer of gaming applications on Facebook, Apple’s iPhone and other developer platforms, has “amicably” ended a legal dispute with Mob Wars owner Psycho Monkey, the companies say. The issue is that Psycho Monkey founder David Maestri created the concept for Mob Wars while he was employed at SGN, as we’ve previously covered.

Per the agreement, concluded on December 16th, Psycho Monkey will be recognized as the sole owner of the game. But both it and SGN will be permitted to build more apps using the template, in which you “start out as a petty thief and work your way up the ranks to build your criminal empire.”

It’s basically a role-playing game: Each crime or victorious battle against another player nets you more virtual cash, that you can then use to buy things like virtual weapons and further your virtual dominance over other players. The Facebook app has nearly 2.5 million users a month, and we’ve previously heard it’s making millions of dollars by letting users do things like use real money to buy virtual abilities for their characters.

Meanwhile, Riina — who himself began life as a real-life petty thief — is currently incarcerated in a maximum-security prison, serving 12 life sentences. His popularity on Facebook has angered the relatives of the scores of people he killed, in a country where Facebook itself has seen a recent surge in usage. Perhaps building Facebook apps would help set him on the straight and narrow.

[Image of Riina via Wikimedia]