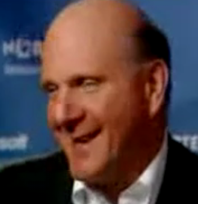 Yes, the rumor is back again. And it will keep coming back until Microsoft eventually releases its own phone (which I think it will and should). The rumor today is that Microsoft could use chief executive Steve Ballmer’s Consumer Electronics Show (CES) keynote to unveil a device based on both its Zune portable music device and the Danger-made Sidekick device, Tech Trader Daily reports.

This rumor comes compliments of Global Equities Research analyst Trip Chowdhry. While analysts typically have horrible reputations when it comes to predicting products, seeing as the CES keynote is less than a month away, it’s possible Chowdhry actually has some real information — and it’s not like he’s the only one out there saying it. Chowdhry also notes that on top of being based on the Zune and the Sidekick (Microsoft bought Danger earlier this year), the device will have “some motion enhancement features.”

It’s definitely worth noting that while Ballmer’s CES keynote is on January 7, it’s presumed that Apple chief executive Steve Jobs will be giving the keynote address at MacWorld just the day before. Ballmer, of course, made headlines by laughing off the iPhone shortly after Jobs announced it at MacWorld in 2007. It’s now closing in on being the top selling smart phone in the world and is arguably on-pace to become Apple’s biggest money making machine yet.

Ballmer isn’t laughing anymore, but come January 7th he might be again — all the way to the bank on ZunePhone sales.