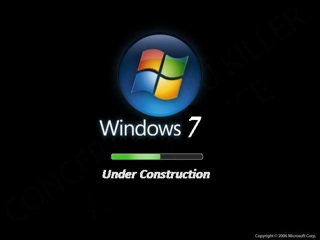 Microsoft was set to release the first public beta version of its Windows 7 operating system at noon today, but a rush of traffic has forced it to delay the roll-out, a post on the Windows Blog states. While some potential testers are understandably upset, I’m not sure whether this is a good thing or a bad thing for Microsoft.

On one hand, it’s another example of Microsoft’s failure to meet public expectations, but on the other, it seems to show that demand for Windows 7 is huge (at least if we believe Microsoft, and there seems to be no reason we shouldn’t). Mozilla had a similar issue when it launched Firefox 3 last year, and the initial launch problems didn’t have any lasting effect, as the browser is now at its highest level of usage ever.

While the site that points to the beta download wasn’t working at all earlier in the day, as CNET’s Ina Fried noted, it’s now back up but still doesn’t have the download links. But if you really, absolutely need to get Windows 7 Beta, follow the direct download links below (compliments of Wired):

Microsoft still expects the actual site to be pointing to the downloads later today after it adds more infrastructure support.

Update: The issues have been resolved, and the beta is now available here.