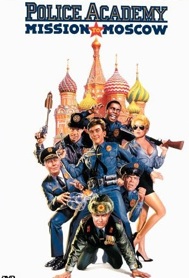 When news broke today that Microsoft was officially naming the next iteration of its operating system “Windows 7,” all of the VentureBeat writers hanging out in our chat room had the same reaction: Really? Before long we had a rousing game of “write the best headline” going. VentureBeat’s Anthony Ha finally picked one for his actual story, but we thought we’d throw the rest out there just for fun.

Obviously, most of these have an anti-Microsoft tone to them, but come on Microsoft, Windows 7? Really? Aren’t you the company trying to revamp your brand with massive advertising campaigns and viral videos? A name like Windows 7 hardly does that.

Without further ado, the list. Some are good, some quite bad and some believe it or not, are not just movie titles. And please, feel free to leave your own in the comments: