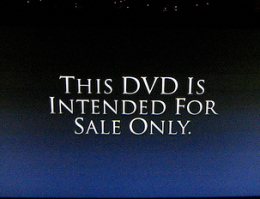 Hollywood has a problem. Consumers are opting for online movie rentals and streaming rather than buying DVDs or Blu-rays. And it’s hurting movie makers’ bottom lines.

Recent data indicates that DVD and Blu-ray sales fell off a cliff in the fourth quarter of last year, traditionally a strong quarter for sales as it’s the holiday time. Sure, we’re in a recession and spending is down across the board, but look at the other trend: movie rentals remain firm, according to The New York Times’ Carpetbagger blog.

What does it mean? Well, the easy answer is that people are simply waiting to buy anything until there’s been a clear shift from DVD to Blu-ray. Certainly, that’s a part of it, but I think it’s also part of a larger, and undoubtedly more troubling trend for Hollywood.

Whereas before consumers had one option — get in the car and head over to the local video store (probably a Blockbuster) — now they’ve got tons of options for getting movies without leaving their homes. Netflix delivers movies by mail, but its newer streaming service delivers instantaneously over the Internet. And services on devices like the Apple TV, the Xbox 360 and the Roku box, which is officially launching its Amazon On Demand support today, all offer instant movie options.

For many people, it doesn’t make sense to own a lot of movies when instant access is just a click away. Sure, you might own a few of your favorites, but any more than that and how many times are you realistically going to watch them? Take me, for example, I own about 200 movies on DVD and now in various digital formats. How often do I re-watch any of them? Not a lot. And because there is so much content instantly available I’m naturally tempted to watch something new rather than something old.

It probably would have been a wiser investment to simply rent the majority of those films each time I wanted to see them. Even if I rent a movie three times (which I’m very unlikely to do), it’s still cheaper than buying a new release in most cases — and now, it’s just as convenient.

One exception is likely children’s movies, which kids can watch over and over again. But for everything else, what’s the incentive to buy over rent? 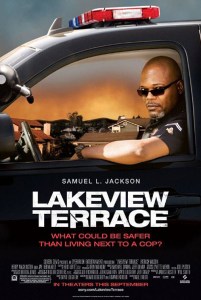 It took them a while, but Apple realized the importance of movie rentals last year to make the Apple TV a compelling device. When you could only buy movies on it, it was kind of silly — was I going to buy Lakeview Terrace? No. Will I rent it? Sure.

(I would take it a step further and say that we should be able to rent TV shows for less money as well, rather than having to buy them, but that’s another issue.)

The problem for Hollywood is that it makes a lot of money off movie sales, and not a lot off rentals. Unless it can change that dynamic, it needs to start coming up with reasons why it makes sense to own a movie. DVD extras are enough for some, and the idea of using Internet distribution to release new features to movie owners over time is a good one. But a bigger key may be giving you access to the films anywhere, on a wide range of devices.

This is tricky because of digital rights management — and especially tricky because even while a lot of studios are joining together to form a new DRM standard group called DECE, Apple, which is arguably the most important digital content player these days, is holding out and is unlikely to join. Instead, it wants everything to be a part of its iTunes ecosystem, which includes the iTunes software, iPods, iPhones, Macs and the Apple TV.

So Hollywood may have to play both sides for now since the consumers are unlikely to abandon Apple. And really, Apple is much closer to realizing this access-anywhere idea than anyone else. And if the rumored service called “iTunes Replay” is real, then it’s definitely on the right track.

Eventually, the key to all of this will be content in the cloud. If you buy a movie on iTunes, Apple should store it for you on its servers and allow you to access it from wherever you want, whether it be on your computer, on your iPhone or on your Apple TV. And if you need to download it for something like a flight, you should be able to do that.

That’s the only way owning movies makes sense to me anymore. If I can watch them when I want, how I want, wherever I want — that gives me some value over simply renting each time. And while it would of course be great if Hollywood would drop all DRM and really open the system like the music industry is starting to do (after getting thrashed by piracy), the movie industry is not going to do that anytime soon. So it needs to make sure that any digital ecosystem it creates is seamless. Otherwise, people are going to keep on renting — or worse, turn to piracy when it becomes more feasible.