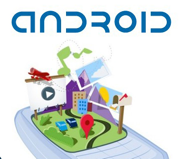 Were you considering holding off on getting Apple’s new iPhone 3G until you saw what Google would be offering with its Android platform? Well, hopefully you can afford to wait a while.

Though it’s still technically the 2nd half of 2008, Google is now indicating that delays will push the first phones based on its Android platform into the fourth quarter, a member of Google’s corporate communications team confirmed with us.

The reasoning for the delays is telling. While many are quick to jump on Apple for having a comparatively closed system for its phones, Android’s more open approach is leading to headaches with both carriers and developers, according to The Wall Street Journal.

Because Google is providing so many of its resources to T-Mobile to ensure it has a phone ready to go by the end of this year, a Google Android phone from another carrier, Sprint, is likely pushed until next year. Likewise, China Mobile could see a launch of its first Android phone pushed into 2009.

Both Sprint and China Mobile are also said to want to make their own branded version of the platform, something which will take more time and resources. Sprint also is unsure about whether to push forward with a device that works on a 3G network, or simply wait until the 4G networks are ready to go. 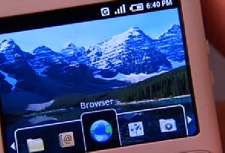 Then there are the developers, some of which are said to be frustrated by the constant updates to the still-a-work-in-progress Android platform. This has meant multiple code rewrites for applications such as the one The Weather Channel hopes to make.

So perhaps the earlier report of Android delays by The Street’s Gary Krakow wasn’t so crazy after all. Of course, he also indicated that Google was still working on its own physical phone, the mythical Gphone, something which seemed to be ruled out when Android was revealed last year.

Eventually, maybe Google will find it to be in its best interests to make its own phone. At least it could avoid some of these headaches.