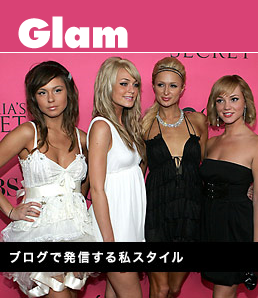 Glam is now valued at just over a half billion dollars, we’re hearing from a source close to the company.

Glam has always been controversial in the business world.

It’s explosive growth over the past two years has been nothing short of remarkable: It has blown by other large women’s networks such as iVillage, in terms of the number of page views it serves to readers and advertisers in its network. However, some critics say it is a product of an Internet bubble that lasted through last year, and that it could fall apart once advertising dries up, in part because many of its contracts with publishers are tenuous. Indeed, we’re all watching now how it does in this massive downturn.

Today, the company said in a statement it has raised an additional $10 million in “strategic financing,” much of it from a group of Japanese investors led by the venture arm of Mizuho, one of three so-called Japanese “megabanks.”

At the same time, Glam has launched a new joint venture in Japan together with several local ad agencies, traditional magazine and newspaper companies, with some of them as investors in this latest round. They include Dentsu, ADK, Shogagukan, Syueisya and NikkeiBP. Also part of the round, existing investor Hubert Burda Media, the large German publisher, has invested again in Glam’s German operations, the company said.

The financing valued the Glam parent company at around the same value as its post-money valuation from last year. So when added to the original value of about $500 million, the additional $10 million brings Glam’s value at somewhat over half a billion. Most private companies these days are raising money at a 30 to 40 percent discount to previous values because of the downturn.

However, not included in the half-billion valuation is Glam’s joint ventures, our source said.

Glam’s revenue continues to climb at a projected 40 to 50 percent this year, our source told us, down from 200 percent last year. However, that compares to a declining, or at most flat, trend in revenue growth for most other ad network companies, including Google and Yahoo. One reason Glam has done well is that it focused on women, which was an underserved market, and has avoided areas like automobiles or technology, which have been badly hit by the downturn. Meantime, Glam has increased its focus on entertainment, so that it’s now its second largest category. Two years ago, entertainment, wasn’t even in its top five categories.

Glam has operated in Japan for five months and says it reaches nearly two million unique visitors a month there. Dentsu, one of Glam’s new partners, is the country’s largest advertising agency and says it is the third largest in the world. Another partner, Asatsu-DK, is Japan’s third largest ad agency and a part of the large WPP group. While most of the investment by Mizuho went into the Glam parent company, Mizuho also made a minority investment in the “Glam Media Japan KK” joint venture.

Glam has now raised at least $124 million in total financing from a group of investors that also includes DJF, Accel Partners, Walden VC, Information Capital, GLG Parters and DAG. Of that, $105 million is in equity. The rest is debt.

Glam has also been experimenting with Twitter and other micro-blogging services, which chief executive Samir Arora says is the most exciting part of the company’s business right now.