Workvivo has raised $16 million in venture capital as the Irish company prepares to expand its platform that aims to be a hub for all internal employee communications.

Tiger Global led the round of funding, which also included participation from Frontline Ventures and Enterprise Ireland. The Cork-based company, which had become profitable before taking any external money, has now raised a total of $17.5 million.

The funding round and Workvivo’s growth is the latest sign that despite numerous attempts to reinvent workplace communication and collaboration, no single solution has entirely managed to solve the challenge. The explosion of working from home during the coronavirus lockdowns has brought even greater urgency to the issue of creating more effective ways of communicating internally with employees.

“It’s not an employee communication platform just for the sake of communication,” CEO and cofounder John Goulding said. “It’s been very deliberately designed around the things that are important for employee engagement. And with everybody being remote, engagement is obviously becoming a lot more prominent in people’s minds.” 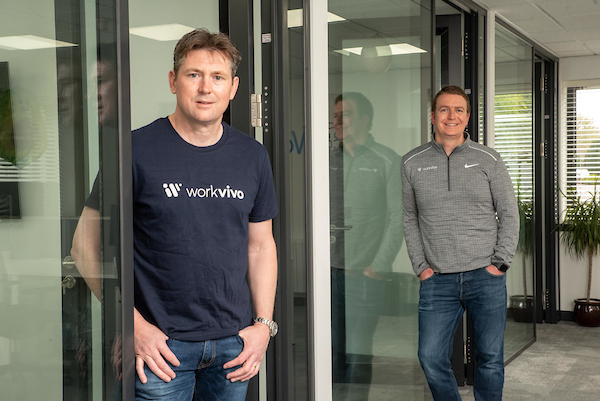 Entering the workplace collaboration space means taking on everyone from giants like Google and Microsoft and Facebook, who are all targeting this problem with suites of tools. But it also means trying to standout from startups like Front, which makes an email collaboration platform; Slite, which has created a document collaboration service; and LumApps, which has its own social intranet platform.

Goulding said he and cofounder Joe Lennon didn’t set out to create a communications platform when they began working together three years ago. Instead, the initial focus was on helping companies improve employee engagement. But as they began exploring the factors that went into engagement, they discovered that communication seemed to be the common thread running through companies’ efforts to improve recognition of employees’ success, create internal community, and build a stronger culture.

Of course, companies have been using intranets for decades now to create central hubs for notifications, directories, internal memos, and human resources. But as the pair started developing Workvivo, they wanted to create something that fit the variety of tools being used by employees to communicate, such as Slack, Microsoft Teams, and Zoom.

Workvivo’s interface has the feel of a social networking platform. But it also allows employees to post and monitor Slack messages or schedule and launch Zoom calls.

Its real strength, Goulding said, was improving asynchronous communications that are less immediate, such as a critical internal memo that can be posted to the service, allowing employees to comment and give feedback. Throughout the day, employees can create posts, much like they would in Facebook, to discuss achievements, share their progress to project goals, or just start a conversation.

“People need to be recognized for doing great things,” Goulding said. “It’s capturing the heartbeat and the culture of the organization.”

Goulding said with the latest funding, the company plans to accelerate its marketing efforts as well as its product development. He also expects the company to about double its 22-person workforce.