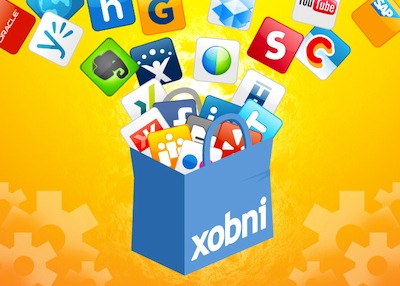 Social email service Xobni just announced the launch of what it’s calling the Xobni Gadget Platform and Store, which will bring services like Dropbox and Evernote into Microsoft Outlook.

San Francisco-based Xobni was among the earliest and best-known of a number of startups bringing social data into email. (One of those startups, Gist, was recently acquired by BlackBerry-maker Research in Motion.) In Xobni’s case, it allowed users to see their contacts’ Facebook, LinkedIn, and Twitter information directly in Outlook, giving them social context when writing emails. Now the company will allow other services to integrate with the email workflow by offering a gadget in Xobni.

The store is launching with nearly 20 services, which include document sharing, lead-tracking, issue reporting, and more. Companies can make the apps available for free or for a $9.99 per month subscription. And they’re all built around the OpenSocial format.

So why should developers go through this new gadget store? After all, they could already bring their apps into Outlook by building plug-ins — that’s what Xobni did itself. But company spokesperson Terra Carmichael said the process of developing an Outlook plug-in can be difficult:

On the other hand, it’s incredibly easy to create Xobni Gadgets that live in Outlook. You don’t have to learn Outlook programming to create a gadget. Ours are based on open standards and web standards… so we make it very simple for developers to seamlessly integrate web-based services into Outlook – and use the same code to deploy in Gmail or Google Apps. Lastly, enterprises can build private gadgets based on their existing internal services to help employees be more productive (like an expense tracking gadget, etc.)