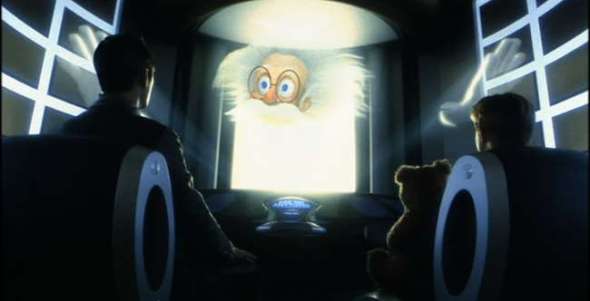 I think it’s a fair assessment to say that the Google/Yahoo search advertising deal, like most things, is a shade of gray as to whether or not it’s a good thing. It really depends on your perspective. While Google and Yahoo might like it, obviously, Microsoft will not. That isn’t stopping Google and Yahoo from promoting their perspectives with their own sites. Google launched one last week. And today brings one from Yahoo.

Really, it’s much of the same information simply hosted on Yahoo’s servers rather than Google’s. We even have many of the same articles linked to in the “What Others Are Saying” area.

The problem with these sites is that they are so obviously biased that they’re really quite pointless. Sure, they have some facts about the deal that are in fact…facts, but there is undoubtedly other research left out that paints the deal in a different light. This is not Dr. Know spitting out “flat facts” in the film A.I. (pictured above).

Is a site like this or the similar one by Google really going to convince the federal government that it should let the deal pass? I sure hope not. Not that I’m necessarily against the deal, but just against the two sites involved in the deal serving up information on it to paint it in a good light.

Of course, a search on Microsoft’s Live.com brings up the same results. Maybe Microsoft should make its own “facts” page to counter Yahoo’s and Google’s. 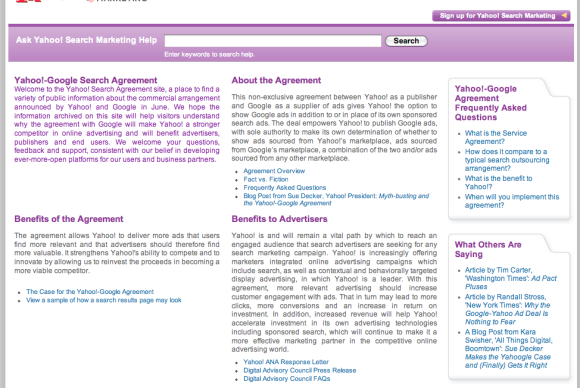 [photo from the Warner Bros. and Dreamworks’ film A.I.]