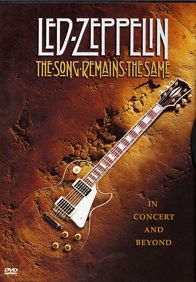 I’m not sure which classic rock song best describes the latest in the Microsoft / Yahoo battle: “The Song Remains the Same” or “Saturday Night’s All Right (For Fighting)”? Both apply in their own right as yes, Yahoo has rejected yet another proposal by Microsoft, and in doing so no doubt ticked off both the software giant and billionaire investor Carl Icahn yet again.

The latest proposal sent to Yahoo on Friday had a 24-hour time limit to accept. It would have had Microsoft take over Yahoo’s search business while putting a new board of directors, as chosen by Icahn, in place to run the rest of the company.

It’s hardly surprising that Yahoo would reject such an offer, but the company is also running out of time. Its stockholder meeting takes place on August 1. That is when Icahn will attempt to forcefully put his board in place and thus, seize control of the company.

The company knows this and perhaps that is why it bluntly states that it counter-offered Microsoft the option to buy the entire company for $33-a-share or enter re-negotiations to just buy its search business. It claims Microsoft rejected both offers.

1. Yahoo!’s existing business plus its recently signed commercial agreement with Google has superior financial value and less complexity and risk than the Microsoft/Icahn proposal. 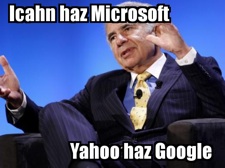 Yahoo also takes a portion of its press release to call out Icahn for being contradictory. It quotes him as saying previously that Yahoo selling its only search business to Microsoft would be “crazy.” Now he is a major force in trying to make such a deal happen.

Oh, if only Icahn could blog about this. (He can’t under SEC rules until all this mess is settled.)

I continue to believe that one way or another, this deal is going to happen. Microsoft simply has no other real options if it is serious about gaining in the search business, while Yahoo simply looks like it has no other options — period.