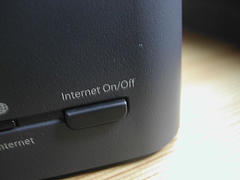 After Yahoo confirmed it has been experiencing problems with latency at its Right Media exchange on Monday, I’ve heard from those at ad networks using RXM, verifying latency issues were widespread. How bad was it? One Right Media client actually turned off Right Media exchange for a period until latency issues improved. It’s not clear if the problems have been fixed for everyone yet, though, or what the problems were. As of this writing, Yahoo hasn’t responded to my request for comment.

These problems come at a tough time for Yahoo. A memo from chief executive Jerry Yang yesterday seems to hint that Yahoo would be shedding more employees. In the words of Yang, the firm will be:

“[C]ontinuing the work already underway to get fit as an organization: actively looking for ways to make process and structural changes to our business that will allow us to work more efficiently, with more scale.”

According to Kara Swisher at All Things D, layoffs are all but assured, as Yahoo attempts to slim itself down in order to look pretty to Wall Street for its third-quarter earnings report — which will cover the period up to September 30th. In other words, if layoffs are going to happen, they’ll be happening soon.

On the off-chance Yahoo and AOL’s newly resumed merger talks pan out, Right Media and AOL’s newly formed ad exchange BidPlace will be eying each other across the aisle like a new pair of step-siblings at a second wedding. Should be fun times.

That said, even though the aforementioned ad network did turn off Right Media, they did eventually turn it back on once latency improved. And, at least according to Yahoo, these problems have been brought about by “rapid growth,” which could be viewed as one of those good problems.

There’s still plenty of questions left, of course. What exactly was causing the latency? And what is Yahoo doing to resolve the issue with Right Media clients? Has Right Media been giving you problems? Leave a comment, or drop me an email: jake (dot) swearingen (at) gmail (dot) com