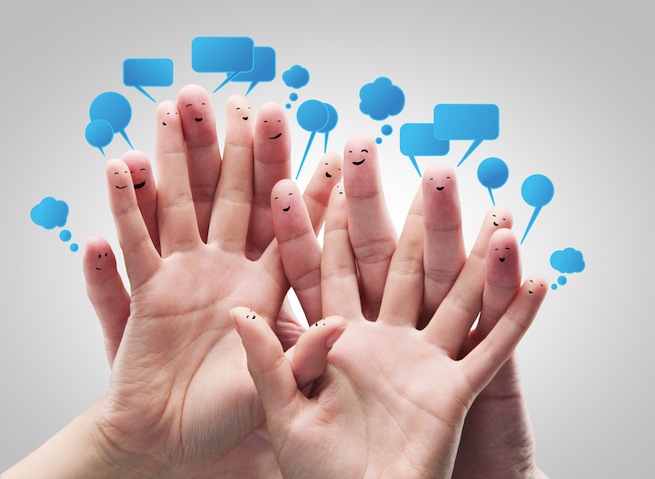 For those who aren’t familiar with the service, Yammer provides companies with their own private social network that employees use to quickly communicate and update their activity throughout the day. (Disclosure: VentureBeat writers use Yammer to communicate on the job.) A company’s Yammer network is closed off from public view and is only accessible to people who have a company email address. More than 200,000 businesses are now using Yammer’s social service, including 7-Eleven, Red Robin, Ford, General Electric, Shell, and Penn State University.

Yammer, which now has five million corporate users, said the new features and functionality its rolling out for spring will help the company reach its goal of hitting 8 to 10 million corporate users by the end of 2012. Yammer’s platform looks a lot like Facebook’s open graph, except optimized for a professional business communication client.

One of the most easily recognizable new features due out this spring is the new Universal Search, which allows business data from nearly any enterprise application (including Salesforce.com, SAP, and Microsoft SharePoint) to be accessed in Yammer’s search engine. All activity from those applications will also appear in Yammer’s Activity ticker feed, which functions a lot like Facebook’s news ticker.

The basic idea behind Universal Search is to provide one tool for people to search across all their business data, Yammer CTO and co-founder Adam Pisoni told VentureBeat in an interview. “Most enterprise applications have a slow search tool that crawls and indexes all the information behind a firewall,” he said, adding that those tools require login screens that obviously don’t play nice with cloud applications. And much of the communication people have through social networks lives in the cloud, so this is obviously something Yammer wants to fix.

Yammer is also giving all users access to “Yammer Embed,” which was previously in private beta testing and only available by request. Yammer Embed is basically a widget that can be added to any business application to enhance its social profile.

Integration isn’t the only thing Yammer is focused on. The company is also rolling out a new Premium Groups option, which is tailored to specific department of a business that may want to jump into using Yammer before others. For $79 per month, Premium Groups offers unlimited users, increased file storage limits, and advanced admin controls. Think of it as a way for Yammer to get its foot in the door for companies who don’t yet see the appeal of adding a social network-like tool to their office communication arsenal.

Yammer also wants to make it easier to share between groups on the same network, and its rolling out a new tool that allows groups to cross-post files, conversations, and pages. This could come in handy for larger companies that can’t resort to using the “All networks” communication feed.

The other big change to sharing that Yammer is implementing is a way to communicate with the outside world. As such, it’s setting up a new “Email File” button that enables employees to send messages third-parties (like contracted workers, company partners, outside firms, etc.) a one-time URL to view a file or Page. Viewing rights can be revoked at any time, and the Yammer network admin can turn this functionality off if necessary.

Pisoni told me this particular method of sharing is more secure than regular email communication, and less cumbersome than the large file-sending services like YouSendIt.

Founded in September 2008, the San Francisco-based startup has raised a total of $142 million in funding to date.