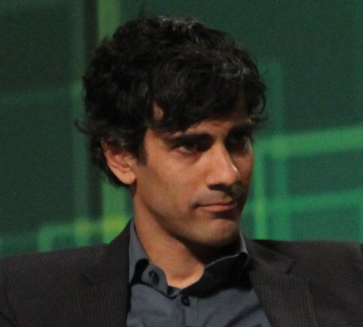 Despite recent market turmoil and questions about public market stability, the window for new initial public offerings has not closed — and local discovery site Yelp is still on track for its IPO — Yelp chief executive officer Jeremy Stoppelman said today at the TechCrunch Disrupt conference in San Francisco.

“We’re interested in going public in some reasonable time frame, we’ve hired a chief financial officer,” he said during a Q&A session. “Unless the sky is falling, I think we’d be able to go public.”

Recent turmoil in the markets has raised questions as to whether that wave of positive sentiment has evaporated as euphoria surrounding those IPOs has died down. There was even talk about whether the window for new initial public offerings had closed, with Zynga and Groupon both planning to delay their IPOs due to poor market conditions.

Those fears are mostly unfounded, because there will always be demand for companies with unique business plans that will survive poor market conditions and competitors. That could include the likes of Zynga, one of the dominant forces in the social gaming space, or LinkedIn’s business social networking. LinkedIn has mostly weathered the market turmoil and is still trading nearly double its IPO pricing.

“My sense is that if you have a very compelling story, a robust business and there’s moats around it and it isn’t going away over night, the IPO window is still very much open,” Stoppelman said.

Yelp has more than 800 employees right now and 63 million unique monthly visitors. There are more than 1 million new reviews posted to the site every month, he said.