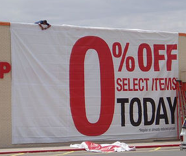 I can’t begin to tell you the number of emails and comments I’ve received since yesterday from people saying that the $10-a-month price increase in the data plan for the iPhone 3G will actually make the device more expensive over the course of its life. Some people were even nice enough to send me detailed numerical breakdowns to highlight the difference. I am well aware of this difference.

That’s exactly why I wrote a post asking about the data plan price (before the details were revealed) while I was still sitting in the WWDC keynote room yesterday after the event had wrapped up — I had a feeling Apple and AT&T would do something like that. It’s simply a smart move.

Let’s have a little discussion about perception versus reality.

Though many tech watchers are quick to realize what this monthly rate increase means, most of your average consumers will not realize this — and further, will not care. For them it’s about one thing: that $199 price. That can probably be traced to impulsiveness or rationalization, but for many, it will simply be reality.

Think of it this way: Compact fluorescent light bulbs (those twisty kind you’ve probably seen), save everyone who use them money over the course of their life versus regular light bulbs. The savings, thanks to lower electricity consumption, is usually many times over the price difference. So everyone uses them over regular light bulbs right?

A small percentage of people do. Why? Because they are more expensive up front to buy. Consumers see the up front cost and either don’t realize it’s in their interest to buy the blubs to save money long term, or simply don’t care about the long term.

Another example: The PS3 sold slowly when it was first released. Why? Because it was $600. Yet, even at $600, at the time, it was one of the cheapest Blu-ray players out there — and it also had arguably the most advanced gaming system attached to it. If you were in the market for both, it was actually a good deal.

But even for those not in the market for both, just compared to the Xbox 360 it was arguably a good deal. The 360 at the time was some $200 cheaper — but it had back-end costs to get to arguably its most useful feature: Xbox Live. You needed to pay $99 a year to access the full Xbox Live, and so over just two years, that price difference between the PS3 and 360 would be negated. Over the course of the products life, assuming you kept it for more than two years, you’d be paying more for the Xbox 360. (The PS3 does not charge to access its online system.)

And to look at this example one final way, when Microsoft released the Xbox 360 Elite for $480 to combat some of the PS3’s high-end features (HDMI, etc), reality became distorted even more. Sure, the Xbox 360 Elite was $120 cheaper than the PS3, but if you wanted to get next generation DVD playback on the 360, you stil needed by buy the HD DVD add-on, which at the time was another $200. This made the truly comparable 360 system actually $80 more than the expensive PS3. Again, the PS3 had its Blu-ray player built-in.

There are countless other example of these up-front costs versus back-end costs. Is it companies tricking consumers? Sure. But it’s also a very smart business move.

Apple and AT&T are going to sell a lot more iPhones at $199 versus $399 — even though the device will likely end up costing consumers more in the long run. Consumers flock to the quick deal rather than the long term bargain. They always have and always will.

Further, you could argue that it’s not really even Apple who is to blame here. A lot of people are quick to jump on Apple chief executive Steve Jobs for hypnotizing the crowd and making us all look past the reality of a more expensive device. In reality, Apple is no longer making money off of AT&T’s monthly contracts, that agreement has changed.

Instead, AT&T is paying Apple a subsidy for each iPhone sold and activated (and now they all must be activated in the store), to make up for the difference in bringing the price down from $399 to $199. While all of the details on this agreement are not yet known, it appears that it is AT&T and not Apple that is making this extra cash off of the contracts.

Of course Apple is going to benefit from this lower price as well, it will sell more units, and that is why it is playing up the new $199 price. But again, that’s just smart business.

It’s okay to complain about this iPhone price drop that really isn’t a price drop. Good for you if you realize this. But just remember that most consumers will not realize this and further, will not care to realize this. They just want to walk into a store and buy an iPhone for $199. True costs be damned.

I’m fine with what I see as the reality: the iPhone 3G is the upgraded version of the best mobile device I’ve ever owned — by far. It’s going to be just about the same price as the original version. Sold.