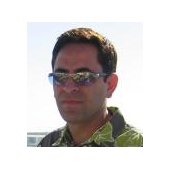 Seth was appointed to his position at YouTube in January 2007. It probably wasn’t the easiest job in the world, since Google has been struggling to make money from the incredibly popular video site. He told GigaOM, which first broke the news of Seth’s departure, that the search giant has become “a little big” for him.

I spoke to Seth this afternoon to find out more about his move. He says he first heard about Cooliris from Randy Komisar, a partner at Kleiner Perkins, which funded Cooliris’ $3 million first round. The startup’s browser plugin PicLens allows users to browse YouTube videos and other media in a three-dimensional array of images, and Seth says its potential significance is much larger — it could create a new paradigm of web browsing.

Cooliris is already “headed in the right direction,” he says, and one of the most promising future applications would be a product search feature on sites like Nordstrom.com. A shopper could look up a particular type of shoe at the shopping site, and rather than clicking through page after page of search results, they could explore those results more fluidly with PicLens. From a revenue standpoint, there’s a lot of opportunity, Seth says, because a richer browsing experience also provides a platform for richer advertising. And that could tempt companies — like Gucci and Guess, for example — that haven’t found an online equivalent of multi-page magazine ads.

Seth will help Cooliris develop its business model, but he says one reason he was excited about the company is that its executives are considering these issues already, so that the revenue side and the product side are marching in “lockstep.”

“It’s good that they’re thinking about these kinds of things now, rather than getting a lot of users and then saying, ‘Now let’s figure out how to make money,'” Seth says.

Hmm, I wonder what company he could be referring to …