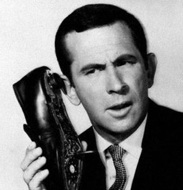 Movie studio Warner Brothers has a deal in place with YouTube to promote its upcoming summer film Get Smart, reports Silicon Alley Insider. The $750,000 deal may not seem like much, however for Google’s YouTube unit which is struggling to monetize, any little bit helps.

Google bought YouTube for $1.6 billion in 2006, but the site pulled in as little as $20 million in revenue last year according to Fortune. The problem certainly isn’t viewers — YouTube had nearly 79 million of them in January, accounting for one-third of all online viewers according to comScore. The problem is the lack of professional content (only 10 percent to 20 percent of the videos on YouTube are professionally made), which is easier to monetize. What’s more, advertisers don’t have much experience advertising beside the other, less professional content. They’re only now testing the waters.

Google is experimenting with video overlay advertisements that run on the bottom of the screen for the first ten seconds or so of a video. This is just one of the video advertising approaches Google is looking into. For this Warner Brothers deal, a stand-alone Get Smart video advertisement will reportedly run on pages with videos tagged as having comedic content.

Google is facing enormous costs in running YouTube. Fortune has some truly staggering numbers, including that YouTube spends roughly $1 million a day on the bandwidth required to stream videos alone. For some perspective: This entire Get Smart/YouTube deal would not even pay for a single day of typical YouTube bandwidth usage.

Still, the Warner Brothers deal could possibly signal more deals to come. Research firm eMarketer expects U.S. spending on web video ads to come in around $1.35 billion this year, but by 2011 will rise to $4.3 billion.

Also check out our post where we sat down with Accel Partners’ Jim Breyer and discussed some of the video opportunities going forward on the web.

[Above: The trailer for Warner Brothers’ Get Smart starring Steve Carell]