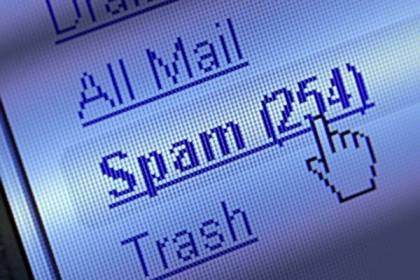 Is it fair to comb through Craigslist ads looking for people to win over to your own online marketplace?

That’s what Zaarly, an online marketplace for people to post items they need, appears to be doing.

In an email thread obtained by VentureBeat, a Zaarly employee reached out to a Craigslist seller about a possible item for sale. Upon response from the seller, the inquirer responded with what appears to be a pretty canned email about also using Zaarly to make money. It also had nothing to do with the seller’s original item, which was a PS3, but rather comments on a trampoline.

No doubt, Craigslist is a major destination for anyone looking to sell something. With more than 60 million unique visitors a month, Craigslist is a big marketplace for both sellers and buyers and survives off of its classified listings. So, it can’t be happy to see competitors contacting its customers through its very own service. Though, a tempting target for startups looking to increase their reach. Here’s the email:

I wanted to reach out to you because there is an ad for a trampoline on Zaarly: http://zaar.ly. Like Craigslist, Zaarly is an on-line marketplace but on Zaarly, people name what they want, the price they’re willing to pay and when they would like it. So, I thought you might want to check it out and see if you can make some money. It’s completely free to join Zaarly.

We just wrote a full guide to selling on Zaarly — I hope you find this helpful. You can check it out here.

If you have any other questions, I’m here to help. Feel free to call or send me an email any time.

The person who sent the email is a Zaarly employee, Katelyn Bogucki, who works in content strategy and community development. (When we contacted her, she confirmed her employment with Zaarly.) While Katelyn may in fact be in the market for a PS3, it’s more likely she is trying to find people to post and sell on Zaarly as well. It also appears that Katelyn used a Gmail account instead of her company account, lending to the credibility of the action.

In response to an email query from VentureBeat, Zaarly COO and cofounder Eric Koester replied, “At Zaarly, we’ve always told our team to be helpful. Sometimes, with a young company and a young community, there’s some over-exuberance. We go to work to help people find what they want. We also want to be sure we’re staying within the rules, so we’ll reinforce that with our team.”

Zaarly isn’t the only one that might have used these marketing tactics on Craigslist users. Recently, Airbnb, a startup that pairs travelers with people willing to rent their rooms for a fee, was thrown into the spotlight after supposed rogue sales contractors hit Craigslist. VentureBeat’s Tom Cheredar noted that Airbnb “hired contractors who used unsavory tactics to get people posting property listings on Craigslist to create a listing on Airbnb as well, according to Tnooz.” Entrepreneur David Gooden actually proved the claims on his own blog of automated spamming and harvesting of emails by Airbnb. The company blamed the incident on the individual salespeople and noted that it didn’t result in any significant gains in customers or postings.

San Francisco-based Zaarly, founded in 2011, has raised $1 million in funding to date from a plethora of investors, including TechCrunch founder Michael Arrington, Felicis Ventures, Lightbank, Paul Buchheit, Bill Lee, Naval Ravikant and celebrity actor Ashton Kutcher, who also acts as an investor and advisor to Airbnb.

Full email thread between Craigslist seller and Zaarly employee below: 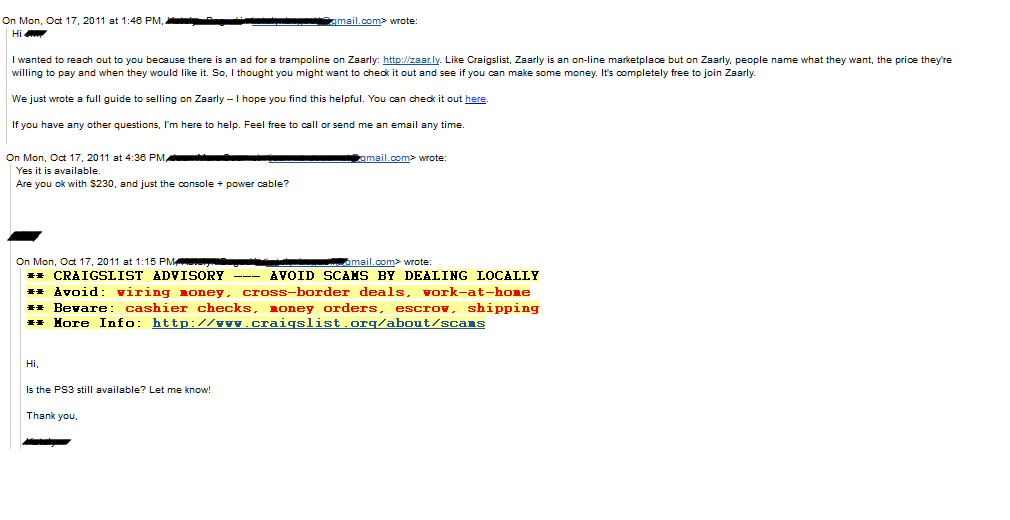