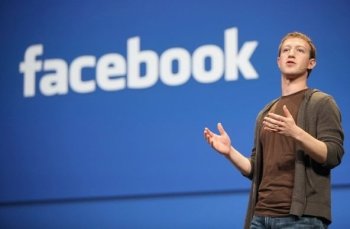 When Mark Zuckerberg speaks, people listen. Wednesday, the celebrity Facebook founder is wielding this power and influence to fight the Stop Online Piracy Act and the Protect IP Act using the best tool at his disposal: the social network he created.

“The internet is the most powerful tool we have for creating a more open and connected world. We can’t let poorly thought out laws get in the way of the internet’s development,” Zuckerberg wrote in a note posted to Facebook. “Facebook opposes SOPA and PIPA, and we will continue to oppose any laws that will hurt the internet.”

Zuckerberg’s concise missive is currently spreading through the social network at breakneck speed as his nearly 11 million subscribers help to disperse the message for him. The note has more than 260,000 “likes” and 50,000 shares at the time of this posting, roughly one hour since the note was posted.

“The world today needs political leaders who are pro-internet,” Zuckerbeg also said. “We have been working with many of these folks for months on better alternatives to these current proposals. I encourage you to learn more about these issues and tell your congressmen that you want them to be pro-internet.”

Facebook’s views are consistent with a growing cadre of Internet companies that are also speaking about the controversial pieces of legislation Wednesday.

Zuckerberg alone has the potential to reach the masses who spend the bulk of their days on the social network — it is perhaps a different bunch than those who will find the blackout messages on Google, Tumblr, WordPress, Flickr and a slew of other sites — but is it enough?

The message is strong and clear, but it seems strangely minimalistic and quiet when compared to the blackout campaigns of Facebook‘s fellow web companies.