Only a handful of the U.K.’s scaling startups are getting the most out of their software subscriptions, according to research from SaaS management software provider Cledara. 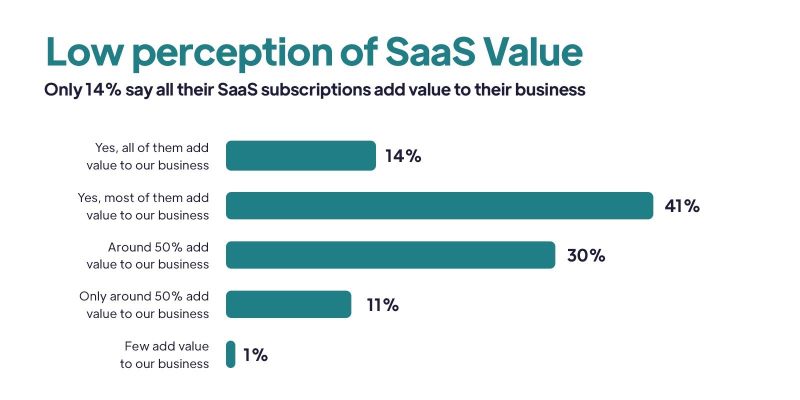 Meanwhile, more than half (51%) have canceled a SaaS subscription purchase in the past six months, while almost two-thirds (63%) think a lack of process around software subscriptions has had a negative impact on their company’s culture.

The negative impacts on culture highlighted in the report include impaired working relationships, increased workloads, and disempowerment, all of which leads to a decrease in job satisfaction and heightens the risk of employee churn.

This drain on company culture gets worse as companies grow and become more complicated to manage. This increase in complexity can be seen in a gap between the perception of how many SaaS subscriptions companies believe they have and the reality.

This mismatch between perception and reality highlights the need for a centralized management system for SaaS, something that organizations are still working out. The research found that 52% of respondents are either considering or implementing a SaaS management system, while 33% already have a centralized SaaS processes system in place.

The survey was conducted among 251 IT managers, finance managers, and executive leadership involved in business software purchasing decision-making, in companies with 20-500 employees and at least one SaaS subscription in the U.K.

Read the full report by Cledara.