Google created Sidewalk Labs in June 2015, just a few months before forming its Alphabet parent company. The government-backed agency Waterfront Toronto set aside a 12-acre former industrial area east of downtown on Lake Ontario in March 2017. It initiated a Request for Proposals, which Sidewalk Labs ultimately won in October 2017 (no land was transferred). Sidewalk Labs announced its Toronto project last year. Sidewalk Labs committed more than $50 million over the last 18 months to develop the draft MIDP. The Alphabet company says it has also talked to “more than 21,000 Toronto residents.” Sidewalk Labs has been teasing various smart city technologies for months, but today marks the official unveiling of its overall plan. 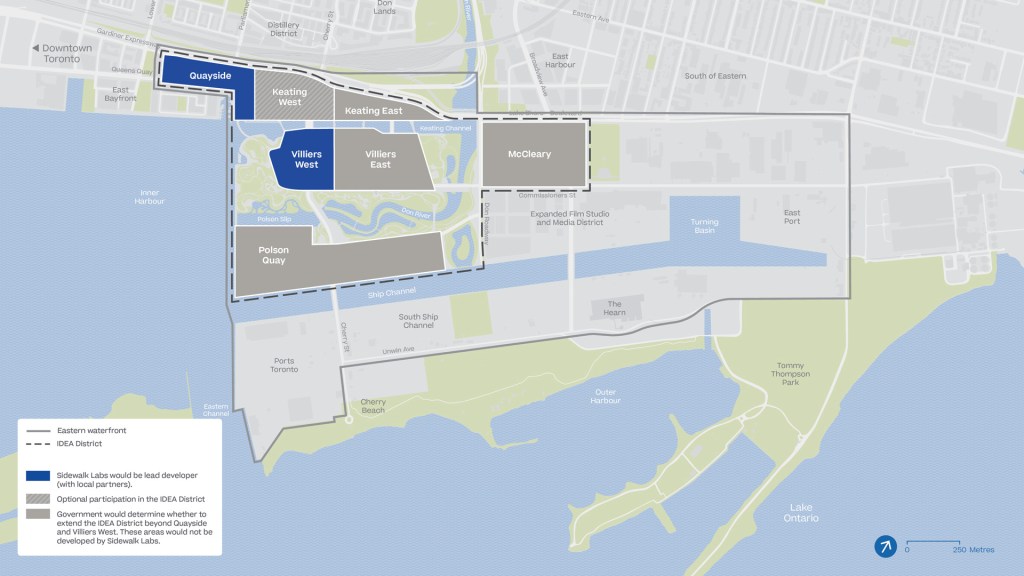 Sidewalk Labs would lead real estate development in Quayside and Villiers West, which represent less than 7% of the eastern waterfront. If those are successful, the government could choose to apply them to a broader area, known as the Innovative Development and Economic Acceleration (IDEA) District. Sidewalk Labs is aiming to spend $1.3 billion on the project in the hopes of spurring $38 billion in investments across the IDEA District by 2040. Here is how Sidewalk Labs sees its various potential roles in the years to come: 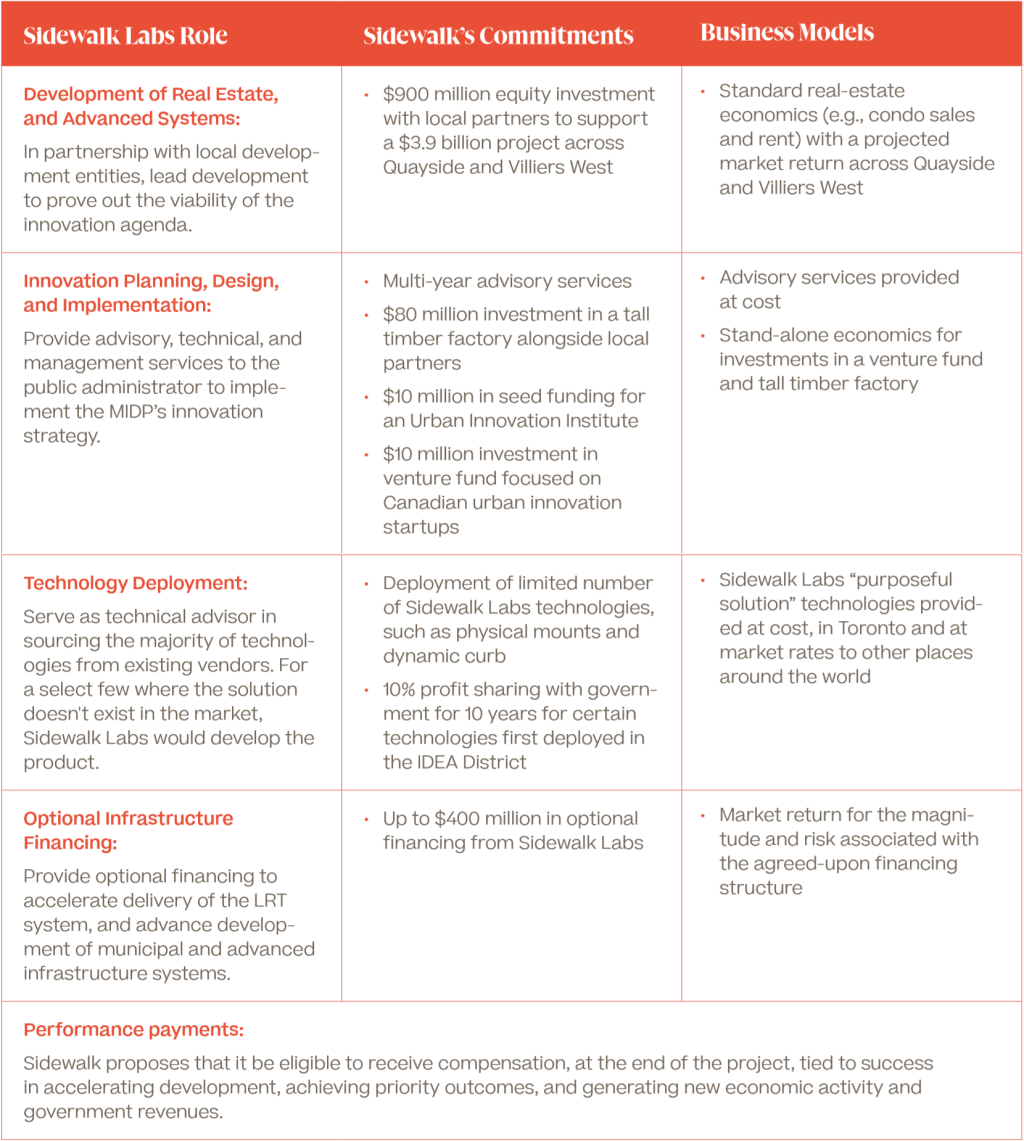 “We realize we have given you an incredible amount of information in the 1,524 pages and by the way several thousands of pages of technical appendices as well that will eventually be available,” Sidewalk Labs CEO Dan Doctoroff told the press today. “But that’s what it takes to do something that is truly different. Now if we do want to solve these enormous urban challenges, it is never going to be doing it the way we’ve done it in the past. And what we think we’re offering here is a way forward for achieving the very elusive broad goal of inclusive growth. And so look forward to the public dialogue going forward and looking forward to interacting with any of you as well as time marches forward.”

The plan includes 10 promises if “approved and implemented at full scale”:

Again, this is still a plan. Waterfront Toronto will now evaluate Sidewalk’s proposal, along with a public consultation process. A backlash from privacy advocates is inevitable, given Sidewalk Labs’ desire to collect data on citizens, anonymized or not.