Heavily funded transportation startup Bird has revealed the first steps in its global expansion, with the company’s dockless electric scooters touching down in Europe. It also plans to launch a pilot program in Israel in the coming weeks.

The move comes amidst growing global competition in the personal mobility realm, which spans multiple modes of transport.

Bird was founded just last year, but it has already achieved much-coveted “unicorn status” after garnering $415 million in funding from such giants of the VC world as Sequoia, Accel, and Greycroft. So far, Bird had operated across dozens of markets in the U.S., including Santa Monica, where its headquarters are, as well as Austin, Baltimore, Dallas, Detroit, San Diego, and Washington DC.

As of today, Bird is also officially available in Paris (France). 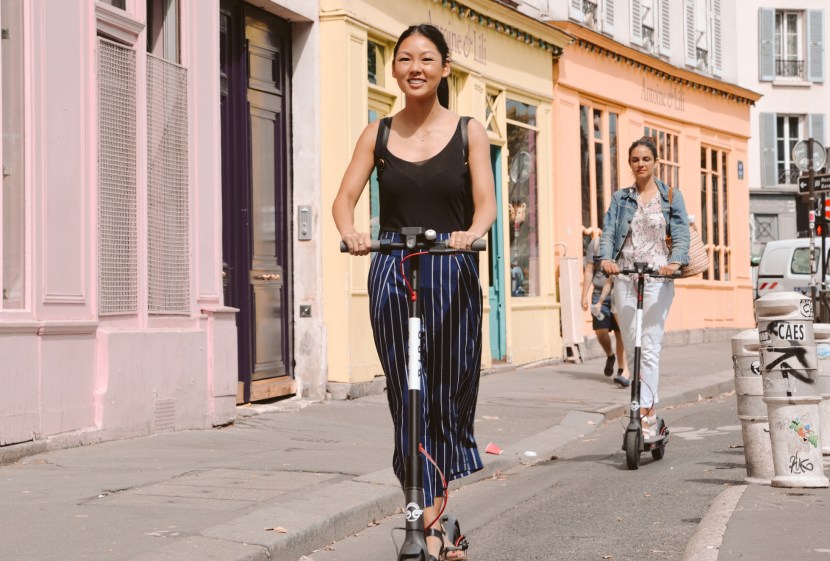 Above: Bird in Paris

Bird’s proposition is simple: You sign up for the service through the company’s mobile app, add some credit, and then unlock any of its electric scooters — these can be located on a digital map in the Bird mobile app. But Bird is also one of countless startups that are now cropping up with “dockless” personal transportation services.

San Mateo-based Lime, which rebranded from LimeBike earlier this year after expanding into electric scooters, is also a heavily funded unicorn, most recently closing a whopping $335 million funding round from big names that include GV, Alphabet’s investment arm. Uber also invested in the startup, signalling part of a broader partnership that will allow users to book an electric scooter through the Uber app.

Lime also launched in Paris just a couple of months back, with its eyes firmly on a wider European rollout. Elsewhere, Chinese duo Ofo and Mobike have expanded their dockless bikes to countless markets around the world, including Europe, while yesterday Amsterdam-based Felyx announced a €3 million ($3.5 million) raise to expand its moped-style electric scooters across the Netherlands.

Though increased competition is generally a positive thing from a consumer perspective, the proliferation of personal mobility vehicles has led to complaints that cities are being overwhelmed with bikes and scooters. But such companies promise one major boon — to help alleviate smog and traffic jams in heavily congested cities.

“We believe Bird can be a key part of Paris’ ambitious efforts to cut the number of cars clogging its historic streets and polluting its air,” said Bird EMEA chief Patrick Studener. “In Tel Aviv, thousands of people have already embraced e-scooters as a way to get to work, school, or to the beach without sitting in traffic. By launching the ridesharing model there, Bird can make it more convenient for Tel Avivians to get a ride and help accelerate the adoption of these environmentally friendly vehicles.”