Bird, the Santa Monica, California-based electric scooter startup that has raised $415 million in venture capital to date, today unveiled Bird One, an e-scooter architected and engineered by the company’s U.S. design team. It boasts novel safety features, a long range, and what Bird claims is industry-leading battery life.

Bird One will soon be available to reserve or rent in three colors through Bird’s website, and the company is setting aside a limited number for purchase in three colors: black, white, and rose. It costs $1,299 and is expected to begin shipping to purchasers this summer, and Bird says that e-scooter renters and sharers initially can expect to see them in Los Angeles.

That will be just the start, however. Bird plans to slowly migrate its fleet to “commercial-grade” e-scooters, like Bird One and last year’s Bird Zero, both of which are designed to last 10 months or more on average in “sharing environments.” Specifically, the company says it’ll use Xiaomi’s M365 model for monthly personal rentals and will no longer purchase Segway’s Ninebot ES. 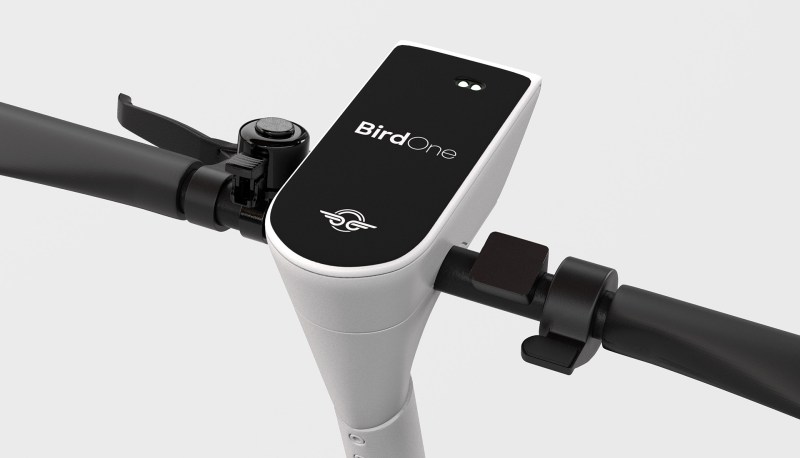 “Nearly two years ago, we launched our sharing business with retail, consumer e-scooters that lasted about three months in the sharing environment,” said Bird CEO Travis VanderZanden. “Bird One builds on the benefits and learnings of Bird Zero … Now, whether you want to share, rent, or own, Bird provides an option for everyone.”

Bird One, which Bird says was informed by two years of customer feedback and tens of millions of scooter rides, has an increased frame density and responsive brake system, and it doesn’t expose any cables or wiring. It has quick access service panels and enhanced lighting, along with a “responsive” breaking system and custom 9-inch, semi-solid tubeless wheels designed to increase stability and protection on bumpy roads.

Thanks to these and other improvements, Bird claims that Bird One can travel at speeds upwards of 19 miles per hour, carry a maximum weight of 220 pounds, and complete more rides on a battery in a single day than most competing scooters (up to 30 miles on a charge). Moreover, it expects that One will outlast modified consumer scooters by nearly 5 times and that its 473Wh battery will last twice as long.

Bird One sports an energy storage system that’s resistant to rain, dust, and other inclement weather. It’s got built-in connectivity and GPS capabilities that integrate with the Bird app, enabling owners to track their scooter and lock it digitally. (Bird asserts that this is an industry first.) And each Bird One will include access to the Bird Hunter Network, a support team trained to recover missing Bird scooters. 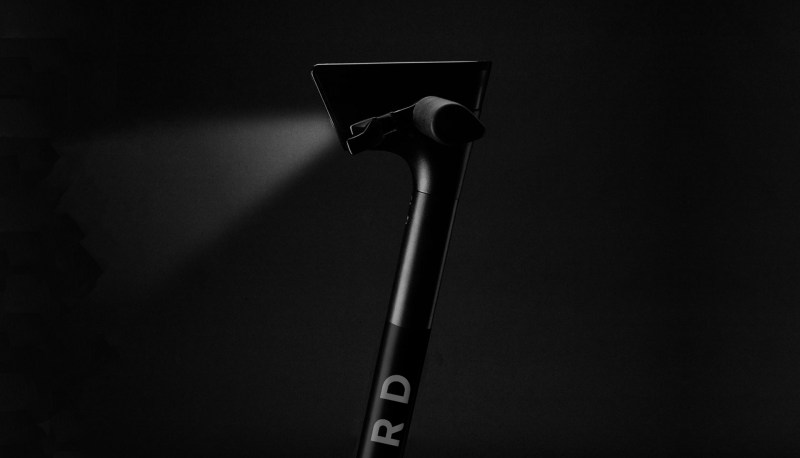 Bird One owners can have their vehicles — which come with a one-year warranty — serviced or maintained at Bird’s service centers throughout North America and Europe.

The Bird One’s unveiling comes weeks after the company announced a monthly rental program to complement its existing on-demand service. For $25, customers in San Francisco and Barcelona get unlimited rides on a personal scooter, with additional cities to follow.

Somewhat unusually, Bird operates a program that enables operators to use its infrastructure to run their own fleet of shared, branded electric scooters.