Despite the warm response to news that Expedia CEO Dara Khosrowshahi has been selected to lead Uber, the odds of him being successful remain long.

Repairing a culture rife with sexual harassment. Restoring public perceptions of the company. Uniting a divided board. Settling copious legal problems, including one involving the company’s largest investor. Finding short-term liquidity for some employees and investors. Hiring a competent, mature management team. Fending off a growing challenge from competitor Lyft. Oh, and managing the lurking presence of his predecessor, former CEO Travis Kalanick.

But it’s the most fundamental challenge that remains the most daunting: Proving that Uber is an actual business.

Uber has been given a lot of credit for being an innovative, disruptive business thanks to its ability to enable on-demand ride hailing via its app. But there is no evidence to support this idea.

Instead, based on the limited financial data the company has shared, coupled with some leaked reports, Uber appears to be just a massively subsidized taxi service. In one widely cited analysis, riders were only paying 41 percent of the cost of a ride through 2015.

Of course, Uber has acknowledged this to a degree, saying it wants to come in with low prices, dominate a market, and then slowly raise prices over time. The problem is that it’s not clear that Uber has been effectively able to do that anywhere. And with the resurgence of Lyft, it seems far from achieving a market dominance anywhere that would allow it to set prices.

Beyond all the headline-grabbing controversies and a core concept that may be flawed, there’s ample evidence that Uber has been mismanaged. The company is reportedly trying to sell its car leasing business because it’s losing $9,000 per car, rather than $500. And more recently, the company confirmed it’s looking to sell a downtown Oakland building it purchased just two years ago for $123 million. The new CEO will also inherit a privacy settlement the company reached with FTC for the next 20 years over its mishandling of customer data. 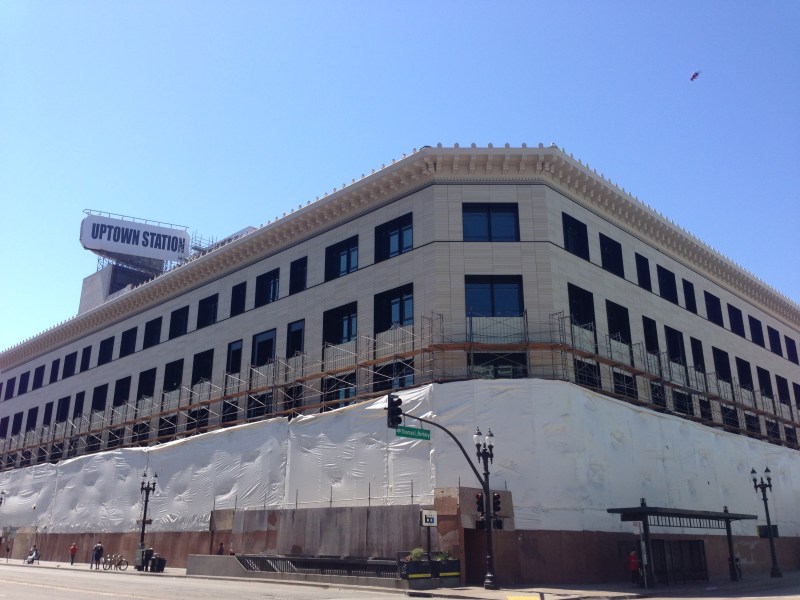 Above: Uptown Station: The downtown Oakland building that Uber bought in 2015 but now wants to sell.

Reports that Uber’s bookings and revenues continued to rise in the second quarter of this year brought some relief. Its losses declined, though they remained massive, at $645 million for the quarter. With cash on hand of more than $6 billion, the company could run for a couple of years at that level without needing to raise more money.

But investors are anxious to see some kind of exit in the form of an IPO. It’s not clear they’re willing to wait three years. Adding to the squeeze, Wall Street has made it increasingly clear that it’s not willing to back IPOs for big, money-losing startups that don’t have a clear path toward becoming profitable, sustainable businesses.

Uber supporters seem to believe that self-driving cars will deliver a magical fix to this mess. Once the company doesn’t have to pay those pesky drivers any more, the finances will make much more sense. This is delusional thinking on a number of levels.

Let’s assume that Uber escapes the legal cesspool surrounding charges that its acquisition of Otto was really a scheme to steal Google’s autonomous technology. The truth is that self-driving cars on any kind of meaningful scale remain years away from reality. The limitations of the technology and regulations will mean the deployment will continue to go slow. But looking years down the road, even Kalanick had acknowledged that at best, Uber would always be a hybrid of human and self-driving services. And when Uber does deploy self-driving cars, it will create a host of new costs for itself, like owning fleets of cars, and paying to maintain them, and paying for locations to store them when not in use.

Like its core business, there’s no clear evidence that self-driving cars will shift the economics of Uber.

The most obvious strategy for Khosrowshahi to address Uber’s core model would be to engage in a massive retrenchment. The company exited China in 2016 through a deal with local leader Didi Chuxing. It did the same earlier this year in Russia through a deal with Yandex.

There are likely other regions that are big money sucks that the new CEO could abandon relatively quickly and focus on key markets that could put Uber on a road to being profitable. This could involve layoffs as offices close.

After the bloodletting is done and the patient is stabilized, Khosrowshahi could begin a measured expansion, market by market, to keep losses from entering new territories reasonably balanced against profits elsewhere. Assuming there are profits to be had elsewhere.

But the tamping down of ambition isn’t likely to please everyone, or help Uber justify a valuation that was based on it conquering the world tomorrow. Slow and easy is not the Silicon Valley way.

Khosrowshahi is apparently the person the board thinks can master these challenges and bring order from the chaos that is Uber. It’s counting on him to salvage one of the most heavily funded startups in Silicon Valley, and prove that they were not fools who succumbed to hubris and the hypnotic promises of an entrepreneurial charlatan.