Amidst all the hullabaloo around modular smartwatches, virtual reality, autonomous cars, smart homes, digital assistants, and 5G (or lack thereof) at CES 2018, the future of mobility came a little more into focus.

Two companies showcased their “flying car” smarts at the Las Vegas event. First up was Volocopter, a Germany-based aviation startup backed by some big-name companies, including Daimler and Intel. Volocopter also claimed its first official passenger in Intel CEO Brian Krzanich. The flight, which was remotely piloted in a German exhibition hall in December, was captured on video and broadcast for the first time at CES.

This was, of course, something of a marketing gimmick, given that Volocopter had already started autonomous flight tests in Dubai a few months earlier and has a permit to operate in its native Germany. But at one of the world’s biggest consumer technology events, Volocopter helped set the scene for on-demand urban air taxis. And the technology is nearly ready for prime time.

“Autonomous air taxis are coming,” explained Volocopter CEO Florian Reuter. “Nothing shows our confidence better than taking a passenger aboard. We are happy it was Brian Krzanich of our strategic partner Intel. Although the Volocopter might resemble a helicopter, it really is a flying super computer creating a pleasant and safe ride.” 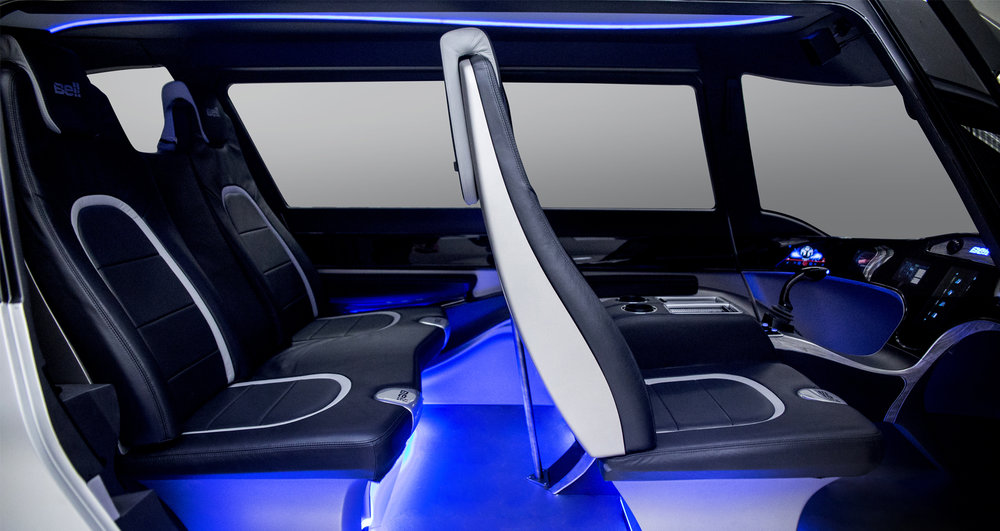 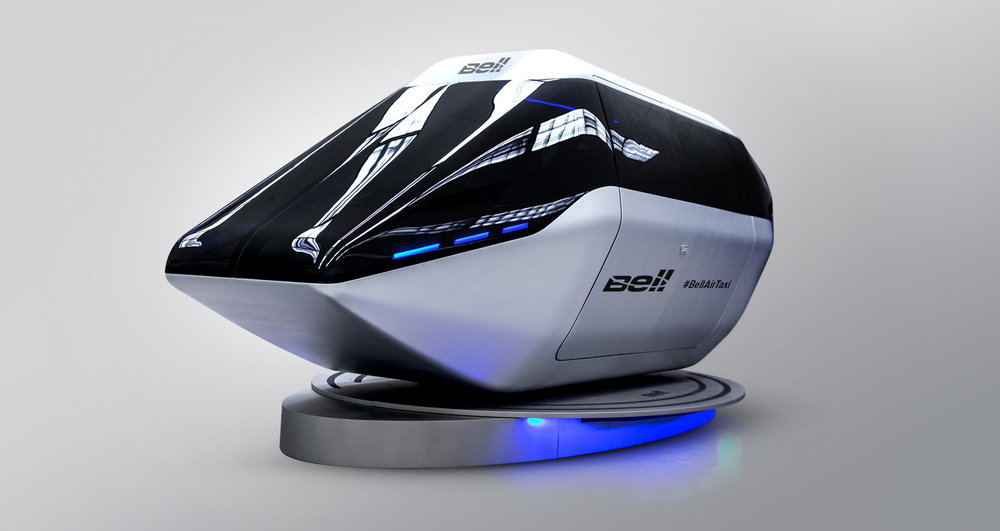 Bell Helicopters actually revealed last year that it would be working with Uber on its previously announced plans in the on-demand urban air transport space, with the ride-hailing giant ramping up its partnerships with cities, manufacturers, and electric charging companies to make flying cars a reality. Indeed, a few months back, Uber also struck a deal with NASA to develop software for “flying taxi” routes, similar to those of Uber’s on-the-ground ride-hailing services.

Bell is already a major player in the vertical takeoff/landing vehicle space, so its latest reveal gives us insight into what to expect in the future.

“Bell Helicopter is innovating at the limits of vertical flight and challenging the traditional notion of aviation to solve real-world problems,” noted company president and CEO Mitch Snyder. “The future of urban air taxi is closer than many people realize. We believe in the positive impact our design will have on addressing transportation concerns in cities worldwide.”

Last year kicked off with myriad announcements in the urban aviation realm, a theme that carried on throughout the year. In April, Germany’s Lilium initiated the first flight test for its electric vertical takeoff and landing jet. It went on to raise a whopping $90 million from a number of notable investors, including Chinese tech titan Tencent, Atomico (the VC firm created by Skype cofounder Niklas Zennström), and Obvious Ventures (the VC firm founded by Twitter cofounder and former CEO Ev Williams).

In 2017, Google cofounder Larry Page officially unveiled one of his two stealth aviation projects — Kitty Hawk is an ultralight personal aircraft. And Slovakia-based AeroMobil raised fresh funds to bring its flying cars to Asia, while Washington-based Zunum Aero is pushing on with plans to bring aviation into the future using electric planes and regional airports.

As the first major tech event of the year, CES serves as a barometer of what’s to come in 2018 and beyond. Sure, there is a lot more AI, VR, 5G, and autonomous car activity on the horizon, but as far as urban air transport is concerned, we’re just picking up where we left off in 2017.