General Motors (GM) has revealed that it’s on track to put its first self-driving car on roads in 2019. Today, the company revealed that the fourth generation of its electric driverless vehicle, the Cruise AV, will not have any manual controls, such as pedals or a steering wheel.

Though many companies are already testing driverless cars on public roads, the vehicles typically have traditional controls and a driver in place to take over should that be required. With the Cruise AV, there is no such option.

GM said that it has filed a safety petition with the Department of Transportation for the vehicle, which the company claims is now “production-ready.”

“GM’s integrated development of hardware and software, and testing in one of the most complex environments in the world, allows for the company to safely eliminate the steering wheel, pedals, and manual controls from the new Cruise AV,” the company said in a statement. 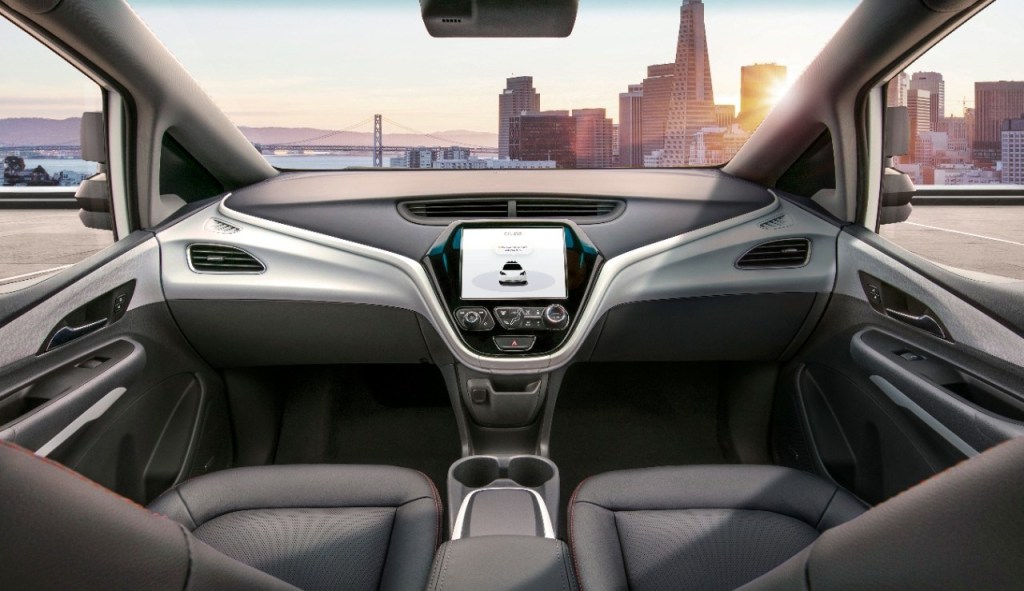 As part of its effort to avoid being usurped by younger technology and automotive upstarts, GM has made no secret of its intentions in the self-driving car realm. Back in 2016, the century-old car company behind major brands such as Chevrolet, Buick, Cadillac, and Vauxhall invested $500 million in U.S. ride-hailing startup Lyft and revealed collaboration plans to build self-driving cars.

“We see the future of personal mobility as connected, seamless, and autonomous,” said GM president Dan Ammann, at the time. “With GM and Lyft working together, we believe we can successfully implement this vision more rapidly.”

It wasn’t too long ago that autonomous vehicles were the stuff of fantasy. Back in 2016, the world’s first public self-driving taxi service hit Singapore roads courtesy of U.S. startup NuTonomy. Late last year, Alphabet’s Waymo became the first company to put fully autonomous cars on U.S. roads without a human behind the wheel. If GM can convince regulators that its self-driving vehicles are road-ready, with safety playing a key part of the company’s persuasion strategy, then next year we could start seeing the first consumer cars built from the ground up with automation in mind. That will represent a major milestone in the autonomous vehicle revolution.