A few weeks ago on the streets of Paris, auto parts giant Valeo unveiled its very own autonomous car. The Valeo Drive4U roamed the streets without the aid of a driver to demonstrate just how far such technology has come.

While Valeo has no intention of getting into the car-building business, it is intent on reinventing just about every component that goes into any vehicle, whether it’s connected, electric, or autonomous. This past year, more than 50 percent of its orders came from products that didn’t exist five years ago, according to Guillaume Devauchelle, Valeo’s group vice president of innovation and scientific development.

That shift is perhaps the best indication of the furious pace at which Valeo is reinventing itself as the mobility sector experiences a radical transformation.

“The world is changing at an incredible pace,” Devauchelle said. “We made a complete analysis of our portfolio of products. There is not a single part of the company which today does not have the potential for high growth. We focus on the markets which in the coming years we can make the most impact.”

Based in Paris, the automotive supplier works with automakers around the world. Today, that includes selling a growing range of sensors and emmission-reducing technologies. Its overall goal is to help its partners develop their various mobility solutions as the market races ahead.

But to do that, the company, which was founded in 1923 and has 111,000 employees, had to take a hard look at itself. That began about a decade ago, Devauchelle said, with its portfolio assessment and examining closely every single component to see if could be reinvented in some way. Part of the challenge, he said, was to make sure this wasn’t a one-time exercise, but rather something that formed the basis of the company’s culture.

“And this is just the tip of the iceberg,” Devauchelle said. 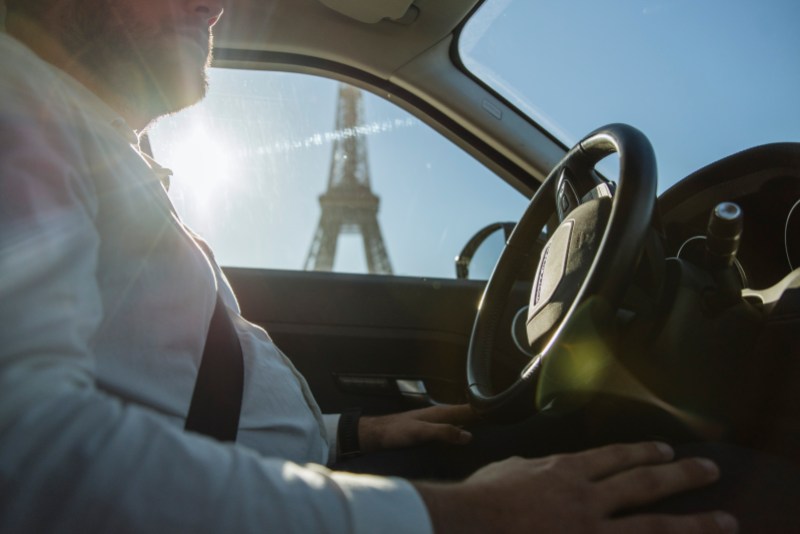 The Valeo Drive4U demo was yet another milestone in those efforts to recast its culture and image to embrace innovation. While only for demonstration purposes, the car was packed with Valeo parts such as ultrasonic sensors, cameras, laser scanners, and radars. The car also incorporated Valeo’s artificial intelligence systems for processing the data.

As a result, the car could navigate the streets of Paris while detecting and reacting to intersections, traffic lights, cyclists, and pedestrians. Critically, all these parts exist today, and the car could operate at Level 4 autonomy (a human driver is present, but there is almost never a need to intervene).

“The point was to show to our customers that we were able to operate at Level 4,” Devauchelle said. “Paris downtown is maybe one of the most challenging driving environments.”

But the battle continues because the evolution of mobility is accelerating. He noted that China has become a massive auto market, where a few years ago it was negligible. And technology like processing and storage continues to leap ahead, alongside more and more components that need to be connected and to have some kind of intelligence.

That intelligence leads to some unexpected use cases. Valeo partnered with ARIA Technologies to create a real-time air quality map in Paris that harnesses a fleet of 20 vehicles using its sensors

Meanwhile, the company has also been increasing its partnerships with startups, another shift for a culture that was accustomed to doing it all in-house. Valeo invests in other various funds that invest in mobility-related startups, which allows the company to keep tabs on emerging trends and technologies.

Those relationships also help keep Valeo on its toes, offering a constant reminder of the need to embrace continuous change.

“We are working very hard every day to remain a tech leader in the automotive sector,” Devauchelle said. “We continuously challenge ourselves in order to put the best and most valuable technologies on the market.”