Dockless bike-sharing seemed to emerge from nowhere last year, with the arrival of countless well-funded entrants to the fray. One of those was LimeBike, a San Mateo-based company that has raised more than $60 million, and which has been steadily expanding its presence across the U.S. in dozens of locations.

Today, LimeBike launched the next version of its distinctive lime green two-wheeler: an electric-assist bike that takes the puff out of hill climbs. The company first unveiled the Lime-E at CES in Las Vegas last month, and it’s now ready for prime time, starting with Seattle. 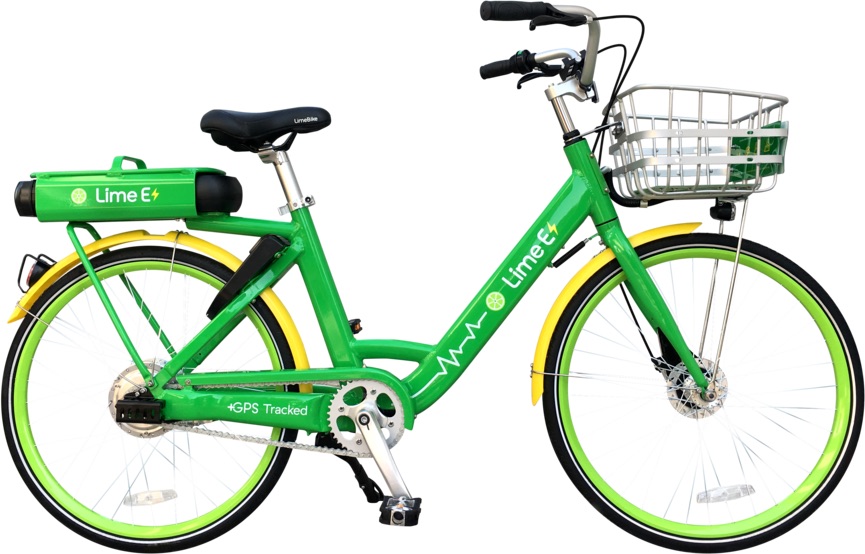 By way of a quick recap, LimeBike’s fleet sports airless tires and internal gears to enhance durability, while built-in GPS means you can locate the nearest bike through a mobile app. It costs $1 for a 30-minute block of time, and the service is generally aimed at short commutes within cities or on campuses.

The new Lime-E bikes cost $1 to unlock and 10 cents for each minute thereafter. Though they will help students and commuters traverse Seattle’s famous hills with ease, they aren’t designed purely for steep inclines — anyone will be able to move faster, even on the flat, with a maximum speed of 14.8 miles per hour and a range of around 62 miles. The power automatically shifts based on how hard the user is pedaling.

Growing competition in the dockless bike-sharing industry has led to a number of complaints from cities such as Dallas that have become awash with bikes from companies trying to “flood the market.” Meanwhile, China’s Ofo is raising silly amounts of VC cash, as is rival Mobike, and the two are at loggerheads as they try to corner international markets, including the U.S.

The ebike-sharing market is heating up, too, with established players such as New York-based Jump Bikes recently raising a $10 million round to grow its burgeoning electric-assisted bike service and Motivate International revealing that it is adding motors to its fleet, too.

LimeBike said it plans to expand its Lime-E fleet beyond Seattle to Southern California and the Bay Area in “the coming months.”