Near, an AI-powered platform that crunches mobility data from 1.6 billion devices globally to deliver insights on human behavior, has raised $100 million in a series D round of funding from Greater Pacific Capital (GPC).

Founded in 2012, Near pools datasets from myriad third-party sources, including data aggregators, app developers, public Wi-Fi hotspots, censuses, and more. It then applies analytics to help companies, such as brands, enterprises, publishers, or marketers, determine behavioral attributes of people in the real world. Near said that it develops its own AI and machine learning models in-house, which it uses to help cleanse data, remove noise, and automate audience curation through understanding the user’s query.

Near offers a couple of core products — Carbon, which is a data-enrichment offering that companies can use to enhance their own digital data with real-world attributes. And then there is its flagship software-as-a-service (SaaS) offering called Allspark, a marketing automation tool that allows marketers to visualize and analyze the dynamics of their target audience around location, demographics, interests, and more. This can be used to inform their various campaigns, or carry out a competitor analysis, while it can also help them measure the impact of their spending through attribution analytics.

By way of example, Allspark enables users to dig down into how often a particular demographic, say, “females between 18 and 25”, visit a specific area or type of store — and at what times of day. 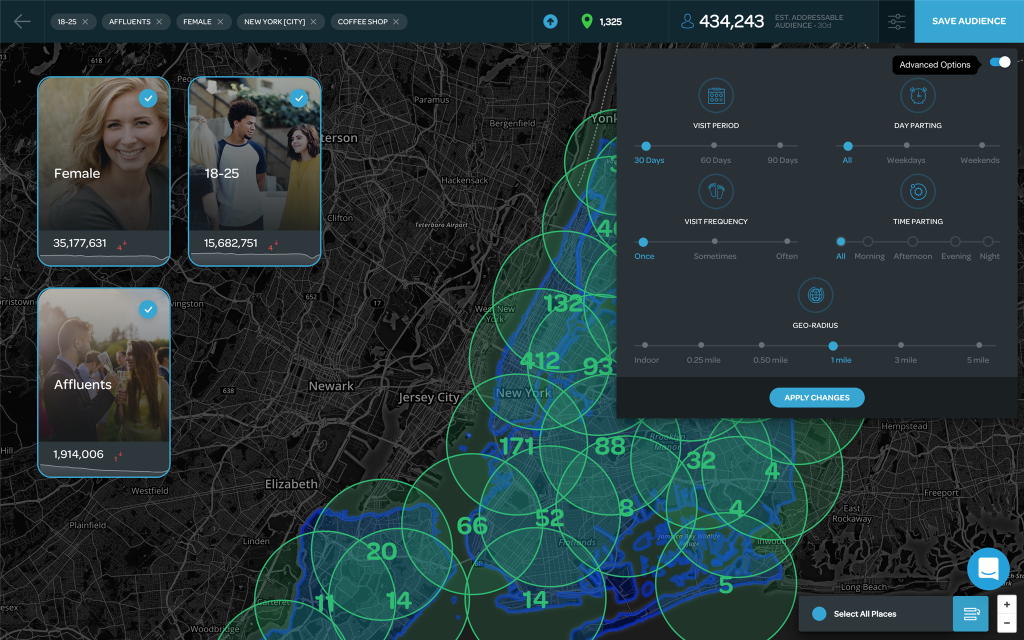 Allspark can surface “spatial insights” such as how many people go to a specific location, how long they stay, and how far they traveled to get there.

The Near platform can then generate user-friendly reports with the required data for anyone inside a company to look at. 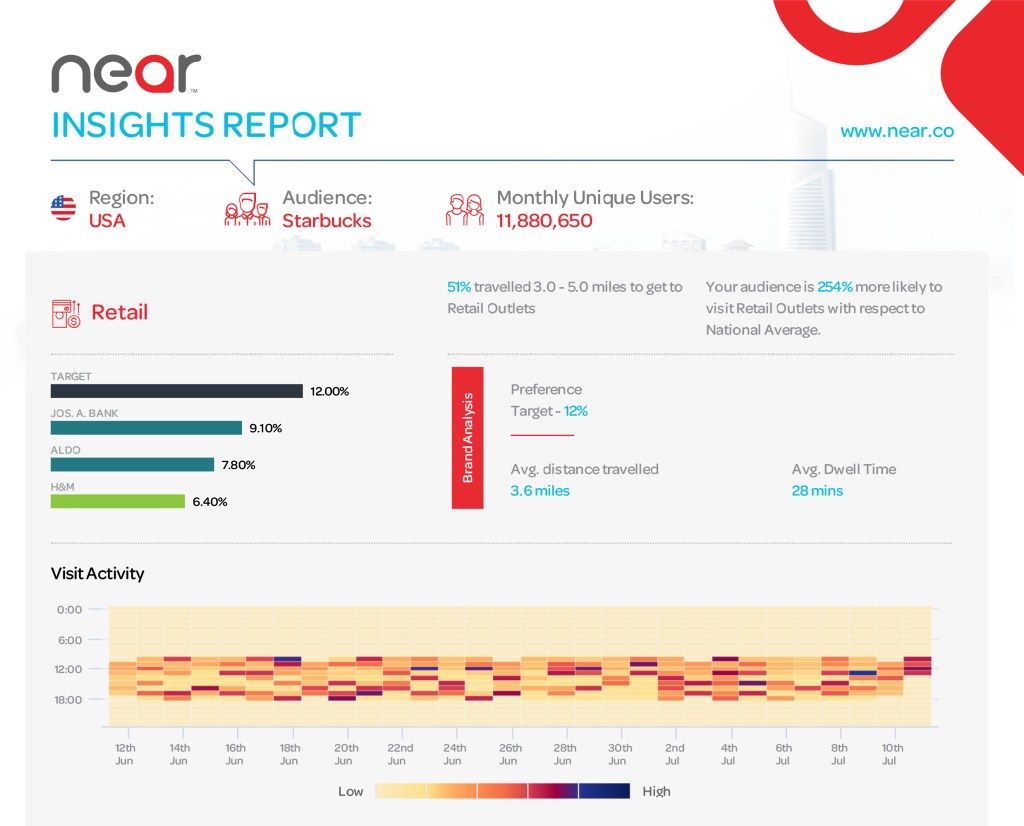 In terms of a real-world example of how a company could use Allspark, Near said that it helped a large U.K. health club chain improve their spontaneous walk-ins for potential customers through a “two-phase campaign strategy.” By defining who the gym’s target audience was within Allspark, marketers could target students nearby with a dynamic mobile ad when they walked close to one of the company’s gyms.

Through analyzing the target audience data within Allspark, this also revealed that many of the target market visited cinemas or theaters frequently — information that was used to inform the second phase of the marketing campaign.

One of the big by-products of the digital revolution has been the generation of vast banks of data, collected from smartphones, sensor networks, and other “connected” devices in homes and cities around the world. Deriving meaning from this is big business, with a number of companies now capitalizing on the explosion of big data. StreetLight Data, for example, helps cities figure out how people are moving around — be it cars, bikes, or foot — using anonymized and aggregated data from smartphone apps.

Near has amassed a roster of big-name customers, including Mastercard, WeWork, News Corp., and MetLife. And in addition to its Singapore headquarters, its global headcount of roughly 100 are spread across hubs in San Francisco, New York, Bangalore, Tokyo, and Sydney.

“Near provides insights into human behavior by analyzing where people are, and combining that with a multitude of data points to predict and influence behavior,” noted GPC CEO Ketan Patel. “Given it does this across the globe in a privacy protected manner, it is well-positioned to create an exciting new space that delivers value to both people, and those that wish to build relationships with them.”

Prior to now, Near had raised $34 million from big-name backers including Sequoia Capital India and Cisco, and with another $100 million in the bank, it said that it plans to launch new data products and expand into new markets.

“We are a rare example of a true SaaS business focused on generating long-term customer value and sustainable revenues,” added Near CEO and founder Anil Mathews. “We are the only company aggregating this quality and scale of data at a global level. Our product Allspark has scaled its SaaS revenues faster than anything we have historically seen.”