Nvidia announced that it has created the world’s first artificial intelligence computer to make self-driving “robotaxis” a reality. The Nvidia Drive PX Pegasus has been designed to handle the most sophisticated driverless cars of the future — the kind that won’t even have a steering wheel or a gas pedal.

Nvidia made the announcement at its GTC Europe event in Munich, Germany. The company showed off Pegasus, which can deliver more than 320 trillion operations per second, making it more than 13 times faster than the current-generation Nvidia car supercomputer, the Nvidia Drive PX 2. One of Nvidia’s newest platforms is DHL, the world’s largest delivery service, which is owned by Germany’s Deutsche Post DHL Group (DPDHL). The new Pegasus platform will be available in the second half of 2018.

“This is focused, of course, on the highest level of safety,” said Danny Shapiro, senior director of automotive at Nvidia, in a press call. “It is a true supercomputer for the car.”

The Pegasus will be able to handle Level 5 driverless cars, the kind where no human operator is necessary, even for emergency situations, Shapiro said. The interiors of these kinds of vehicles will feel more like a living room or an office, as they won’t have traditional car requirements, such as steering wheels, pedals, mirrors, or front-facing car seats. 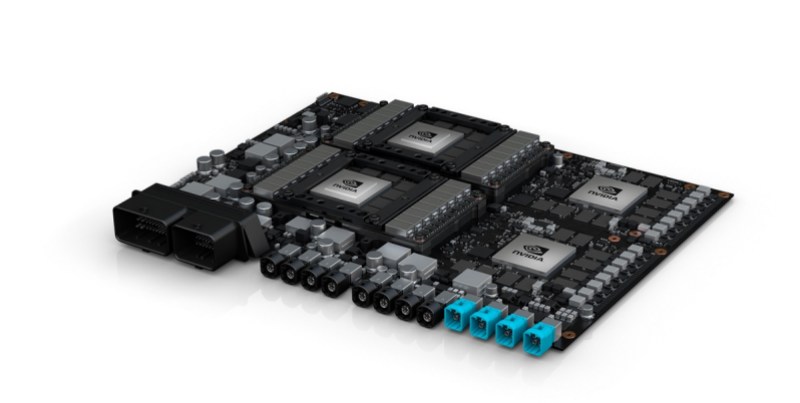 Such cars might seem like science fiction, but Nvidia believes the cars will safely whisk passengers to their destinations, bringing mobility to everyone, including the elderly and disabled. They could also save thousands of lives per year, as most accidents are caused by driver fatigue, impairment, or distraction.

Nvidia has been making its Drive PX platform for car computing for three years, and it now has 225 partners developing with it, including 25 that are developing fully autonomous robotaxis using Nvidia’s graphics chips. Today, those test cars have trunks full of computers, but the Pegasus can fit into something much more compact.

The Pegasus will have the Xavier CPU and a next-generation graphics processing unit, Shapiro said. Some of the current customers are designing robotaxis with as many as 16 cameras and six lidars (3D area sensors), Shapiro said. Those cameras and sensors will produce a huge amount of data, as they have to collect data on the 360-degree environment surrounding a car in real time. That’s why the Pegasus has a terabyte a second of data transfer capability.

The supercomputer has to calculate the path for the car to take and make sure there are no hazards or pedestrians in the way. That requires a lot of redundancy, and the computing demands are 50 to 100 times more intensive than for the most advanced cars today.

“Creating a fully self-driving car is one of society’s most important endeavors — and one of the most challenging to deliver,” said Jen-Hsun Huang, Nvidia founder and CEO, in a statement. “The breakthrough AI computing performance and efficiency of Pegasus is crucial for the industry to realize this vision.”

He added, ““Driverless cars will enable new ride- and car-sharing services. New types of cars will be invented, resembling offices, living rooms, or hotel rooms on wheels. Travelers will simply order up the type of vehicle they want, based on their destination and activities planned along the way. The future of society will be reshaped.”

Nvidia had expressions of support from Zook, Optimus Ride, TuSimple, Yandex.Taxi, and NuTonomy.

“Nvidia gets it. And their Drive PX Pegasus will get us to Level 5,” said Tim Kentley-Klay, CEO and cofounder of driverless car company Zoox, in a statement.

DPDHL said that it will deploy a fleet of autonomous delivery trucks, starting in 2019. It will use the Nvidia Drive PX platform to handle the computations for its electric light trucks with the ZF ProAI self-driving system, based on Nvidia technology. DPDHL currently has a fleet of 3,400 StreetScooter electric delivery vehicles. The aim is to make deliveries with greater accuracy and safety and at a lower cost. 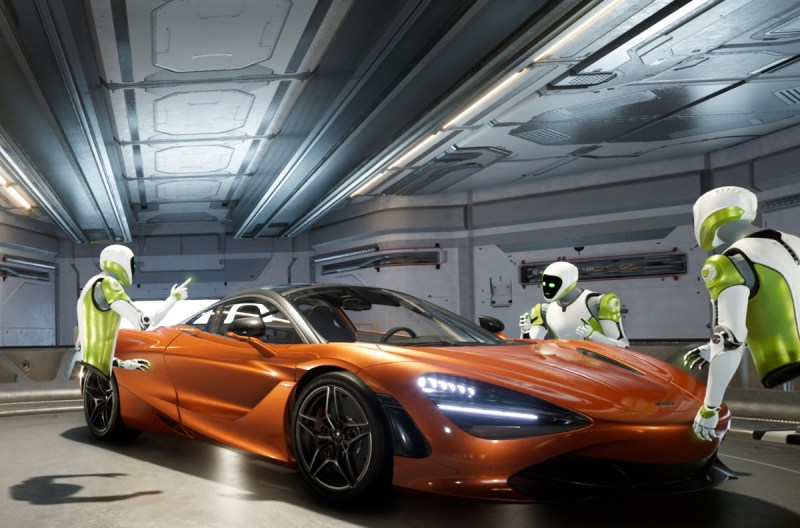 “Research and development of ecological, economical, and efficient transportation will bring dramatic changes to the logistics industry,” said Jürgen Gerdes, a member of the board of management at Deutsche Post. “Partnering with Nvidia and ZF will enable us to responsibly support this development, benefit from it, and reinforce our position as the industry’s innovation leader.”

DPDHL is demoing the delivery vehicles at the Nvidia event.

In an email, analyst Patrick Moorhead of Moor Insights & Strategy, said “Pegasus enables the endgame for self-driving cars — full automation without a steering wheel. It is the highest-performance machine learning inference platform in that form factor and gives Nvidia a leg up in the race to full autonomy.”

Meanwhile, Nvidia also said it has opened early access to its Nvidia Holodeck, the virtual reality platform for product designers and developers to collaborate in a 3D-simulated space. It is aimed at teams that are in different locations yet still need to work jointly on visualizing designs, such as simulated cars.

Product designers, application developers, architects, and other 3D content creators who access the Holodeck (named after the Star Trek Holodeck, which creates virtual reality imagery that is indistinguishable from reality) can use it to render highly detailed, photorealistic 3D animations, said Zvi Greenstein, a Nvidia vice president.