Space Perspective plans to give space tourists a gentle ride to the edge of space by attaching vehicles to giant space balloons. You can get a reservation now for $125,000 for a six-hour flight.

The world’s first luxury spaceflight experience, as Space Perspective calls its pitch, reimagines the thrill of space exploration so that you don’t have to endure a multi-g-force ride on a rocket. Instead, a balloon the size of a football stadium will take you up gently to the edge of the atmosphere, 20 miles above the Earth. There, you can snap pictures that show the view of Earth from space, including the curvature of the planet.

The private company’s Neptune One will become the first space launch operator to launch from Space Coast Spaceport (adjacent to NASA’s Kennedy Space Center in Florida), to start as early as 2024. The company did a successful test flight on June 18.

Space explorers and travel adventurers looking to upgrade their bucket list will savor 360-degree views of planet Earth from 20 miles above in a luxurious six-hour trip, inside Spaceship Neptune, propelled by a state-of-the-art space balloon the size of a football stadium, said Jane Poynter, cofounder of Space Perspective, in an interview with VentureBeat.

“We are really reimagining space,” Poynter said. “When most of us think about spaceflight, we think about high G’s and rockets. And so we took a different tack to make it much more available to people. The beautiful thing about these space balloons is that they allow us to take people to space very gently, very comfortably. We have a bar on board, which is sort of iconic, and emblematic of the kind of experience we were able to provide people. So this is truly the first luxury spaceflight experience.”

Up to eight guests can enjoy the experience from the comfort of plush, reclining seats in a capsule, complete with a bar and a bathroom, for $125,000 each.

“It essentially floats on top of the Earth’s atmosphere,” Poynter said. “It ascends very slowly at about 12 miles per hour. We go up to 20 miles in altitude, and that’s where we float. And from there, you see this amazing view because the sky is black. The sun is just that spot and the curvature of the Earth is there.” 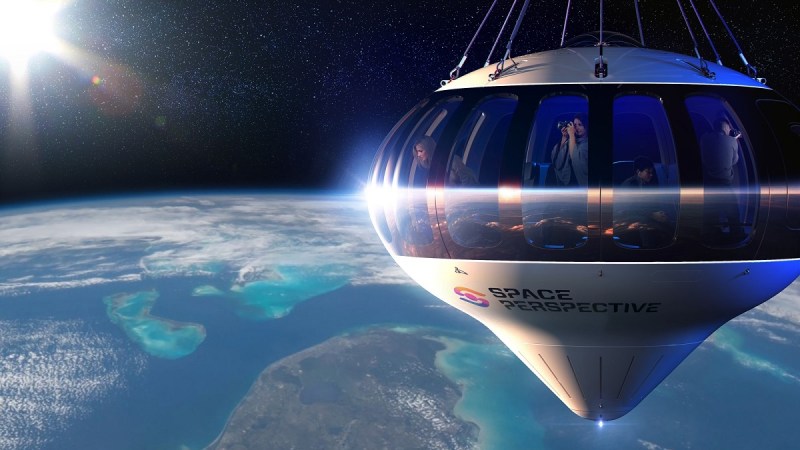 Above: Space Perspective takes you to space with a balloon the size of a football stadium.

They also led the StratEx (Stratospheric Exploration) mission at Paragon that invented a self-contained spacesuit and recovery program to allow human exploration of the stratosphere at 100,000 feet. That mission saw Alan Eustace, a senior Google engineer, set the world record in 2014 for human spaceflight propelled by a space balloon at 136,000 feet — a record that remains unchallenged today. 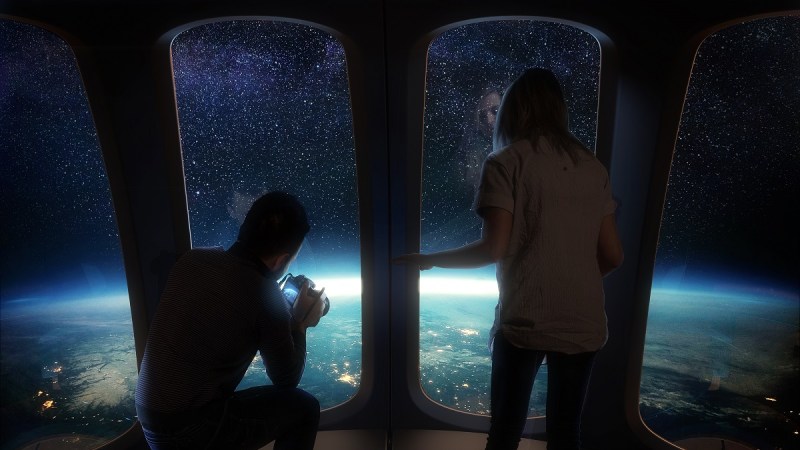 Even at the high price of $125,000, the company is opening up the possibility of exploring space to a wider audience than has historically been possible.

The “space curious” who would have considered it too risky or expensive now have the opportunity to experience the exhilaration of traveling to space with a safe and gentle ascent, a world away from rocket-fueled space endeavors. A rocket ride can be physically grueling and cost millions per guest. 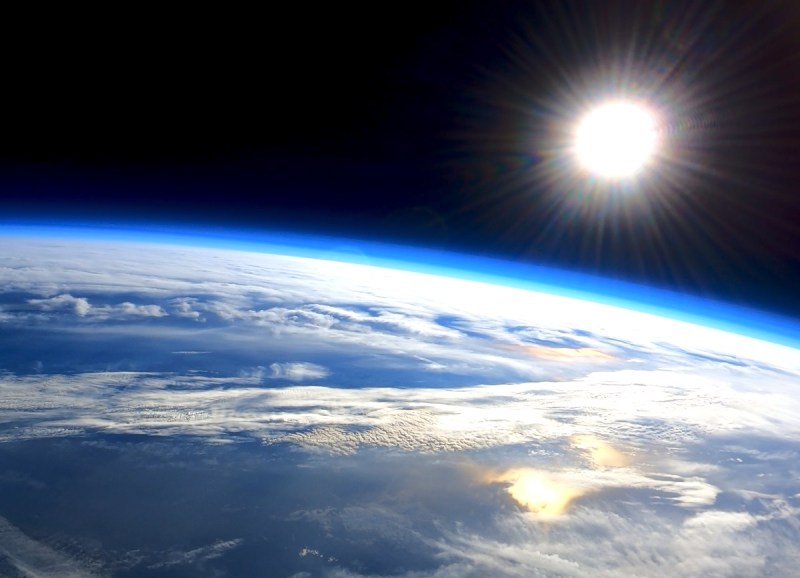 Above: The view from Spaceship Neptune.

Space Perspective addresses the demand for more sustainable travel experiences. Because the company fills its balloons with gas (helium for now, and hydrogen later) rather than burning rocket fuel, the company claims it can reach zero-emission spaceflight.

Space Perspective is currently developing an end-to-end bespoke journey to mark extraordinary events with a setting to match. For example, the company said, couples might get hitched with a small circle of family, introducing a whole level of destination weddings. Others may take the opportunity to make a milestone birthday extra memorable or even choose to take the company get-together to new heights. 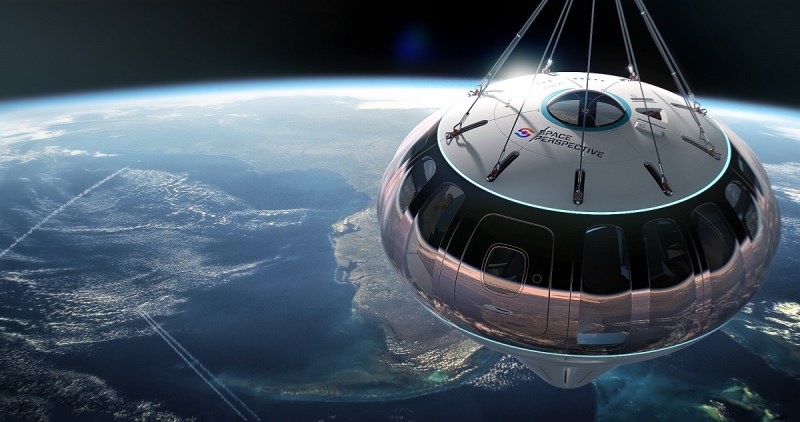 Above: The best view in the world.

Space Perspective intends to run a first-of-its-kind space laboratory, able to repeatedly test and capture data from a part of Earth’s atmosphere that to date has been little researched, paving the way for more scientific and creative breakthroughs. Eager to propel research in climate and atmospheric science, astrophysics, and solar physics, Spaceship Neptune will enable explorers to participate in research as part of their own experience.

Investors in the project include Tony Robbins. The company raised $7 million last year, and it has under 50 employees.